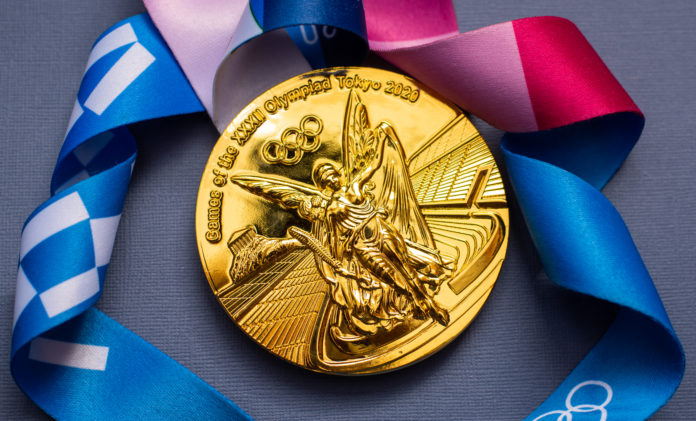 The Dubliner beat Beatriz Ferreira of Brazil on unanimous decision in Tokyo this morning.

The 31 year old’s made history by becoming only the third Irish boxer to win an Olympic gold medal after Katie Taylor and Michael Carruth who said, “Enjoy the celebrations, welcome to the club champ!”

Following the fight an emotional and joyous Harrington said, “This is the stuff of dreams”.

Family, friends and neighbours were up early in Portland Row to catch their local hero in action including her father Christy who spoke with PJ Gallagher and Jim McCabe after making the final. Relive that moment here.

The President is among those to pay tribute to Kellie on her gold medal success.

Michael D Higgins says her win was an exceptional achievement, and described her as an inspiration.

“My warmest congratulations to Kellie Harrington on winning her gold medal at the Olympic Games. Hers is an exceptional achievement, and she is an inspiration for us all.” #Tokyo2020 @sportireland @TeamIreland

Congratulations #kellieharrington on winning gold for Ireland in an epic Olympic final. Brilliant fight. Your family community and country overjoyed for you.

The Olympic Crown tops an already stellar array of in-ring honours, the 31-year-old boasting world championship gold and silver medals from 2016 and 2018 respectively, as well as prolific podium success at European level.

St Vincent’s Hospital Fairview, where Kellie Harrington works as a cleaner, says they’re delighted with their staff member! “We are so proud of her and we look forward to seeing her back here at the hospital, at a time that’s convenient for her, in the coming days.”

Read more about the build up to the fight and Kellie’s family here.