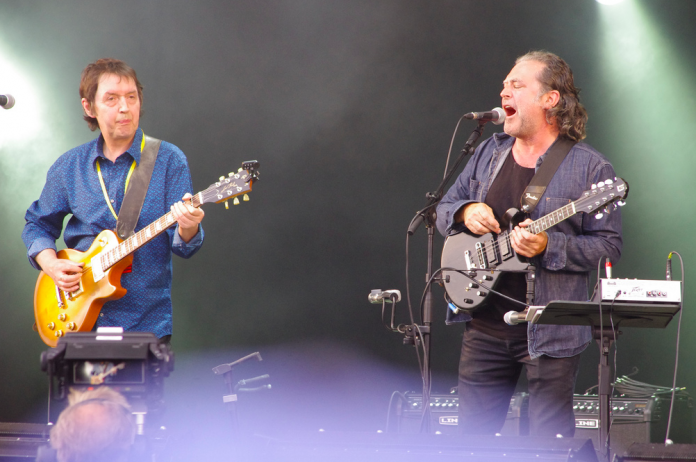 Horslips, the Irish trad rock legends have expressed how very unimpressed they are that ‘Dearg Doom’, which is one of the bands most well-known tracks, was used at an Irexit rally last week in the RDS. The rally was also attended by UK politician Nigel Farage, and Irish journalist John Waters.

The band said the following about their song being used at the rally:

‘Some of you may have spotted that the saddos in the Irexit conference had the feckin’ temerity to use ‘Dearg Doom’ as a soundtrack and to show the image of the album cover on the big screen. Needless to say, they didn’t ask us. If they had, we’d have pointed out that we wouldn’t piss on them if they were on fire – which they’re unlikely to be, anytime soon. Five hundred damp, self regarding eejits being patronised by the Crazy Frog lookalike Nigel Farage isn’t going to set the heather blazing in the near future. Horslips stood for a hopeful, outward looking, inclusive vision of Ireland with plenty of drink and a Blue Range Rover. This lot stand for a diminished, fearful, xenophobic state. Little Irelanders.

Checking out whether we can do them for copyright infringement. We’ll keep you posted. Feel free to share.”

Led Zeppelin Have Appealed The Stairway To Heaven Retrial