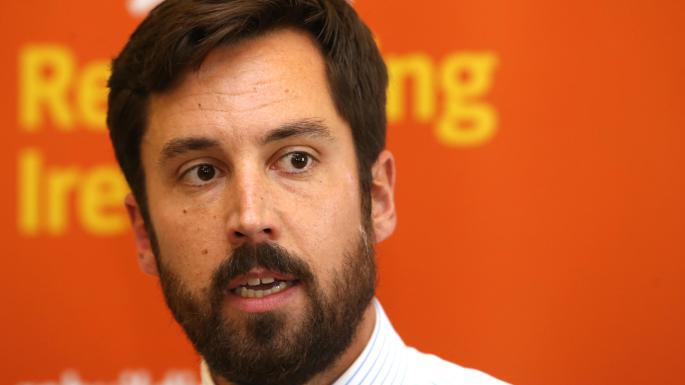 According to new figures from the Housing Minister Eoghan Murphy there were 89 new presentations nationally – bringing the number to 8,374.

Overall the rate of increase between July and September is much lower than the previous 3 months.

The numbers accessing emergency accommodation at the end of September in Dublin was 5,953 – 3,537 adults and 2,416 children.

In Dublin, for the second month in a row – and the first time in three years – we are exiting more families into secure and sustainable homes than are entering our emergency accommodation services.

This is welcome progress. And things will improve as we build more homes, and increase our HAP supports, as committed to in the Budget for 2018.

Unfortunately, families and individuals continue to present to our emergency accommodation services. There are still 690 families in hotels – while any one family in a hotel or B&B is one too many – this is still significantly down on the high point in March earlier this year, when 871 families were in hotels and B&Bs. This is a 20% decrease in the number of families in hotels and I am working with all stakeholders to ensure that these numbers reduce further over the coming months.

Thankfully we have 5 new family hubs in Dublin and a further 3 new hubs in Limerick and Cork coming on board from our expanding hubs programme by the end of the year; at least 180 families will be accommodated in these hubs. We will continue to move families out of hotels and into hubs. More importantly, we will move families into homes as well. Hubs are better than hotels but they are only a first response.

Nationally the number of families accessing emergency accommodation services is slightly up, with 89 new presentations in September, however the overall trend is also downwards. The rate of increase between July and September (1.8%) nationally is much lower than the average for the previous 3 months (4.8%).

My Department, local authorities and approved housing bodies will continue to work closely, quickly and proactively to identify further solutions that will work to help people and families experiencing homelessness.

In the first six months of this year over 2,000 exits from homelessness were achieved, so we are on course to well exceed the over 3,000 exits achieved in 2016.  Also, this year to end-September, the Dublin Region Homeless Executive has prevented 570 households from entering emergency accommodation, through social housing supports.

That’s 2,570 individuals and households that might have been in emergency accommodation today, were it not for the dedicated efforts of our local authorities, voluntary organisations and housing bodies and I want to thank them for their continued commitment.

–          2,570 individuals and households that would have been in emergency accommodation today were it not for our coordinated efforts

–          Number of persons accessing emergency accommodation at the end of September in Dublin was 5,953.  This comprises 3,537 adults and 2,416 dependents. While the overall number is up on August, the number of homeless families in Dublin has reduced by 8. This is on top of a decrease of 32 families in August.

–          Number of families in hotels and B&Bs is 690. There are just over 300 families currently in hubs in Dublin and at least 180 new hub family units will become available by the end of the year. Separately by the end of Q1 2018, a further 3 hubs will be in place which will accommodate more than 100 families. Further hubs are also in train. In addition, HAP is and will continue to be the main exit support for these families.

–          Winter/Cold Weather Plans are also being advanced in Dublin and other major urban areas, with an additional 197 emergency beds to be delivered in early December.