Home Music News How About Playing A Gary Moore..? 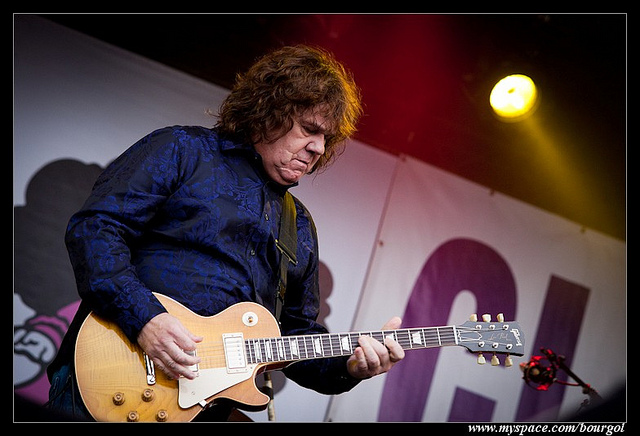 Moore’s playing with Skid Row, Thin Lizzy and his solo work virtually defined high-octane blues-rock, coining a signature tone that thousands have sought to emulate. Across three decades of playing, his weapon of choice remained the mighty Les Paul, one of which was the legendary ’59 Burst originally owned by Fleetwood Mac guitarist Peter Green.

From its highly flamed maple top with Lemonburst finish, to its traditional Les Paul Model headstock with signature truss-rod cover, to its mismatched amber and gold top-hat knobs, the guitar offers uncompromising looks. Other features include the BurstBucker Pro humbucking pickups via Orange Drop tone caps, all anchored with quality TonePros hardware.