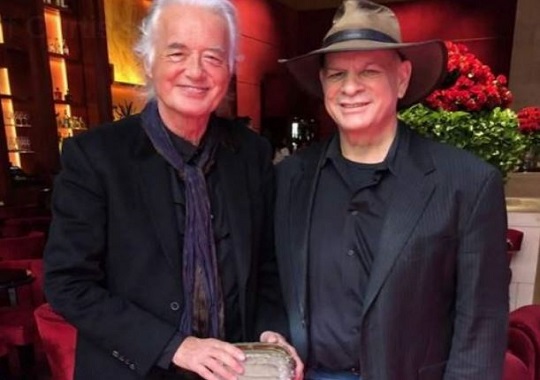 A guitar which belonged to Led Zeppelin’s band member Jimmy Page, acquired by a devoted fan 47 years ago has finally returned to its owner.

A post put up on Facebook showed pictures of Page, who was thrilled to have his prized instrument returned to him.

Musician Jeff Curtis said he took the case home with him after it was given to him by drummer John Bonham’s roadie in 1972. This happened on June 14 or 15 that year, when Led Zeppelin played New York’s Nassau Coliseum. 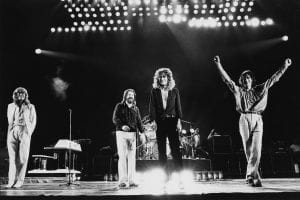 According to UCR, Curtis said he chatted to the chief roadie, a man called Hinton: “On a whim, I asked if I might come down and help them pack up the equipment,” adding “To my complete surprise, he says yes.”

Hinton gave the guitar case to him, allowing him to enter past security to the backstage area as it looked like he was working with the band. “After the few minutes it took to pack up the drums, he says to me, ‘You can have that.’ I was speechless, to say the least! 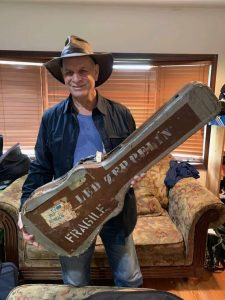 ‘Where will the guitar go?’ He took me over and showed me Jimmy Page’s number one Les Paul guitar in its brand new anvil road case. The case I was given was being discarded that night since its back was crushed and no longer afforded protection to the guitar.

Talk about being in the right place at the right time!” Curtis said he knew that he should keep quiet about his newly acquired possession. “I had kept this a deep secret over the past 47 years in fear that someone might either burglarize my house or, worse, threaten me in order to steal it,” he said.

“For this reason, I had decided a couple of years ago that I no longer wanted the guitar case. Despite its certain significant monetary value to a collector, I had also decided that I wouldn’t ever sell it since making money off someone else’s fame is simply against my principals. I decided that I would find a way to personally return it to Jimmy Page. But how to accomplish this?” 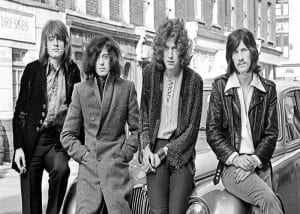 The opportunity presented itself when Page’s Les Paul was part of an exhibition at New York’s Museum of Art at the beginning of this year. Curtis contacted the curator, who passed photos and details to Page.

“About two weeks later, I got a call from a gentleman, Perry, who works with Jimmy, he asked to set up a meeting to personally examine the case and take several more detailed photos. 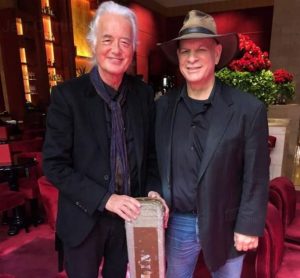 About a month later, I received word that Jimmy wanted to meet me and have the case returned.” They met along with some of Curtis’s family in a hotel and spent an hour together.

Curtis described Page’s expression when he was given the case back: “The look on his face was priceless. ‘What memories this brings back! Thank you so much!’” 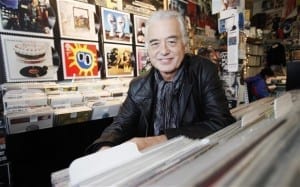 He continued to say, “In person, he is a genuinely warm and very welcoming gentleman. We talked about Led Zeppelin, he asked about my musical influences, asked my daughters what type of music they enjoyed and various other topics. …

I can honestly say that after the first few minutes, my nervousness completely disappeared and it felt like I was talking with an old friend.”  Page brought some gifts to exchange, making the experience even more memorable according to Curtis. “Thanks so much, Jimmy, and thank you, Perry! Mission accomplished,” he concluded.