Home Music How You Could Own A Joan Jett Gibson Guitar 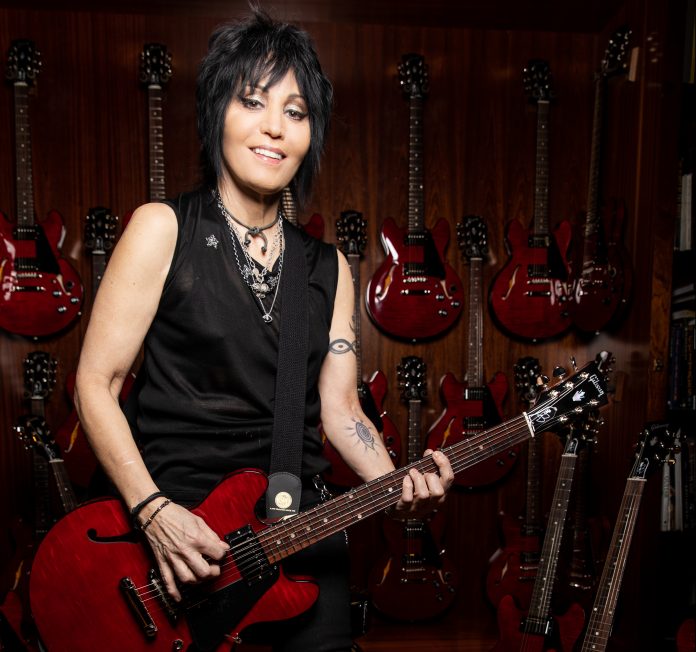 Rock n’ roll icon JOAN JETT is doing her bit to support the music community in these uncertain times and has donated an autographed, limited-edition Gibson Joan Jett ES 339 Electric Guitar–of which only 150 were made worldwide–for auction on CharityBuzz.com

This coming Friday, April 24, JOAN JETT will also give a special performance to Rolling Stone’s “In My Room” IGTV Music Week at 8:00 p.m. Dublin time on Rolling Stone’s Instagram feed.

Calling on nearly two years of touring research and development alongside JOAN JETT and Gibson’s Master Luthiers, the Joan Jett ES-339 guitar is described as featuring “a thermally-engineered chambered maple centerblock and thermally-engineered Adirondack Spruce bracing, a radical first for Gibson ES guitars. The control assembly is hand-wired with Orange Drop capacitors and is paired with our Burstbucker 2 and Burstbucker 3 humbucking pickups. From sweet to rude, the tonal capabilities of the Joan Jett ES-339 guitar are truly limitless. The stunning AAA figured maple veneers are finished in Wine Red for a look that will always make a statement. The Joan Jett ES-339 will be produced in a very limited run of only 150 guitars worldwide.”

JOAN JETT is the leader of the hard-rocking Blackhearts, with whom she has become a Rock and Roll Hall of Fame inductee. She’s had eight platinum and gold albums and nine Top 40 singles, including the classics “Bad Reputation,” “I Love Rock ‘N’ Roll,” “I Hate Myself For Loving You,” and “Crimson and Clover.”

Her independent record label, Blackheart, was founded in 1980 after she was rejected by no less than 23 labels. Blackheart is one of the longest running indie labels and continues to give voice to new bands.

Jett and the Blackhearts continue touring the globe with headline shows alongside fellow rock icons like The Who, Green Day and the Foo Fighters. Additionally, Jett has acted and appeared in movies, television and theater. Jett was also able to see her story told in ‘The Runaways’, the film based on starring Kristen Stewart as Jett, and Dakota Fanning as Currie.