Home News Could It Be You? Hunt Is On For EuroMillions Winner… 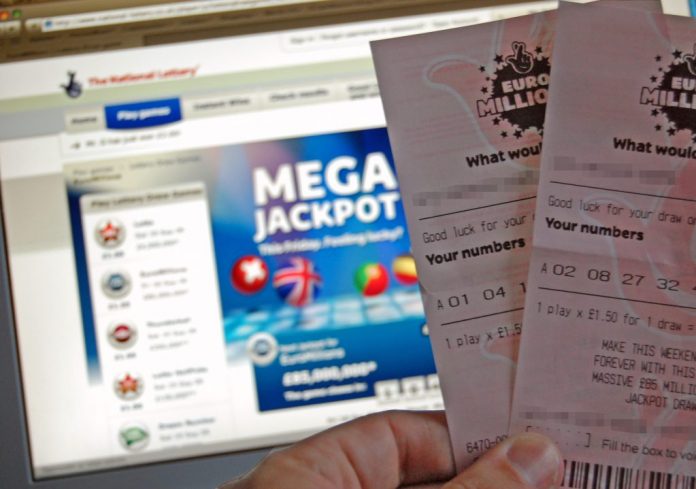 Lotto players are being urged to check their tickets – with the hunt still on for the winner of the EuroMillions jackpot of €38.9 m.

It’s been revealed that it was a quick pick – bought in the Dublin region.

National Lottery spokesperson Miriam Donohoe is urging anybody who has the golden ticket to keep it safe until they make contact about claiming the whopping prize money.

This is the third EuroMillions jackpot win for Ireland in 2017.

Last January a Dublin work syndicate claimed €88.5 m after buying a ticket at the Applegreen Service Station on the M1 Northbound in Lusk.

And in July a lucky West of Ireland syndicate scooped almost €29 m on a ticket sold in the Garryduff XL Store in Castlebar, Co. Mayo.

But it hasn’t yet been revealed which shop the latest winning ticket was bought in or what part of Dublin exactly.

The National Lottery is urging the winner or winners to get good independent legal and financial advice to help them decide what to do with the cash.

Dublin Airport Passenger Given All Clear From Coronavirus