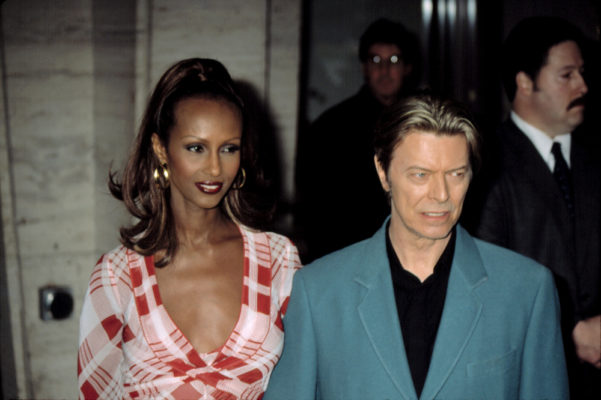 Speaking in a new interview with Net-A-Porter, Iman has discussed the pain of losing her partner David Bowie, The singer died on January 10, 2016. His passing came just two days after Bowie’s 69th birthday and release of his last record ‘Blackstar’.

“People take pictures of me in the street, and say [touching my arm]: ‘I am so sorry for your loss.’ I’m like, don’t touch me. You just took pictures of me, how can you be sorry? I get the fans’ grief, but it’s not the same. They have lost someone they look up to; we have lost a husband and a father.”

Iman revealed that her sadness endures,

“And sometimes, I don’t want people to know how sad I am, People say to me, ‘Oh, you’re so strong.’ I’m not strong – I am just trying to keep it together.”

With regard to another relationship, she revealed,

“I will never remarry. I mentioned my husband the other day with someone, and they said to me: ‘You mean your late husband?’ I said, no, he is always going to be my husband. I do feel very lonely. But do I want a relationship? I can’t say never, but no, not now.”

She said that her daughter by David Bowie, Lexi, is interested in moving to Los Angeles. That’s where Bowie’s son Duncan Jones lives.

“But one of her biggest fears is leaving me. I tell her: you are not responsible for me. It’s the other way around.”