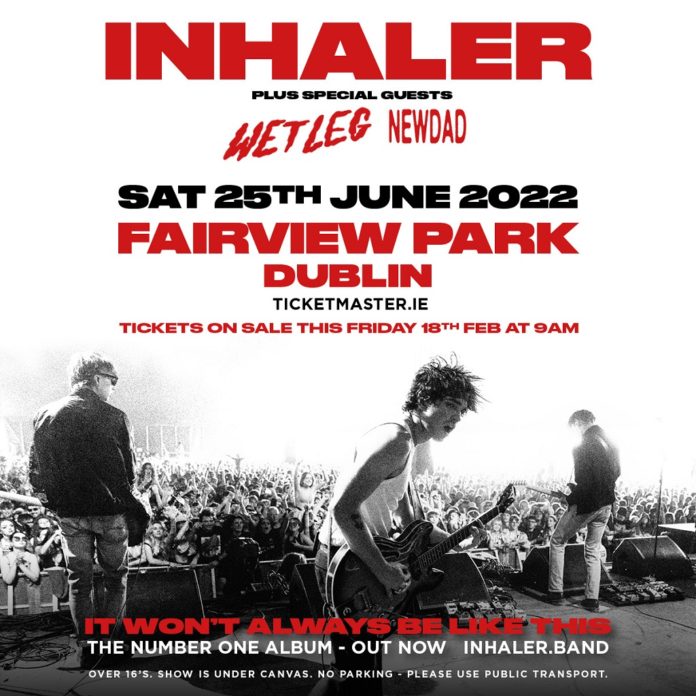 Following the release of their UK & Ireland No.1 debut album ‘It Won’t Always Be Like This’ Inhaler have announced their biggest hometown show to date this summer.

The band will play Fairview Park on Saturday 25th June 2022.

Tickets are €29.40 and go on sale this Friday 18th February at 9am via Ticketmaster.

Inhaler last year released their highly-anticipated debut album ‘It Won’t Always Be Like This’ through Polydor.

The album went to No.1 in both the UK and Irish album charts.

The Irish quartet are one of the most exciting bands to emerge over the past few years comprising of singer and guitarist Eli Hewson, bassist Robert Keating, guitarist Josh Jenkinson and drummer Ryan McMahon.