Home Music Interpol Have Announced A Show This November At The Olympia! 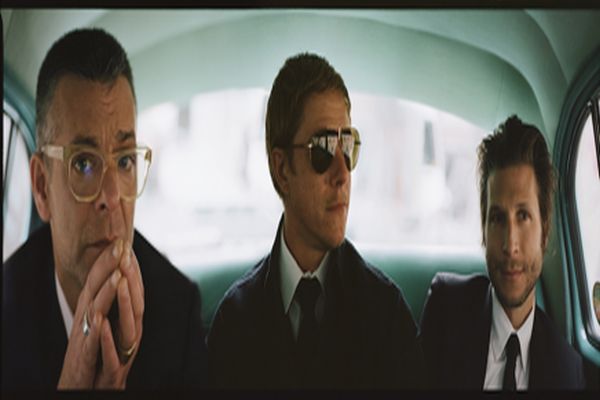 Interpol have announced a show at The Olympia Theatre on Sunday November 18th. Tickets start from €50.35 inclusive and go on sale Friday June 15th at 10am from Ticketmaster. Pre-sale tickets for fans are available now. Check out the new single T’he Rover’ at the bottom of the page….

Following last week’s triumphant announcement of their new album, Marauder, out August 24th on Matador Records.  Interpol have confirmed another batch of headlining world tour dates. You can watch the livestream below.

In addition to previously announced high-profile shows at Madison Square Garden, Royal Albert Hall, and Hollywood Bowl, this new run of dates will bring Interpol’s electrifying live energy across the  US in autumn, with further UK and European dates to follow.

Interpol, who are one of the most critically and commercially acclaimed bands of the last decade and a half, are also one of the hardest working bands on the planet, having dashed from their Mexico City press conference (filled with screaming fans, paparazzi, and autograph hounds) straight to the Late Show w/ Stephen Colbert’s stage, where they performed their new single, ‘The Rover’, live for the first time ever this past Friday. You can check out that video here.

Fans that pre-order Marauder directly from the Interpol store will get first access to ticket pre-sales for the new shows, and the full list of tour dates can be found below. Tickets go on general sale at Friday, June 15th, at 10am local time.