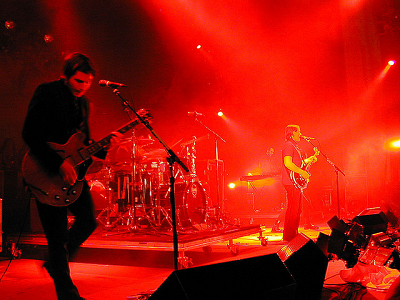 Interpol have given us a glimpse into the recording of their new record El Pintor, in a new making-of documentary.

The behind-the-scenes film features scenes of the group at work, as well as extensive interviews with all three members of the band.

El Pintor sees the New York trio return to their early and arguably best sound. The LP is the band’s first album in four years, and first since the departure of bass and keyboard player Carlos Dengler in 2010. The movie also features the band discussing Banks taking over bass duties following the departure of Dengler.

Watch the 17 minute making-of documentary below.

Beeb To Air Freddie Doc To Mark 30th Anniversary Of His...