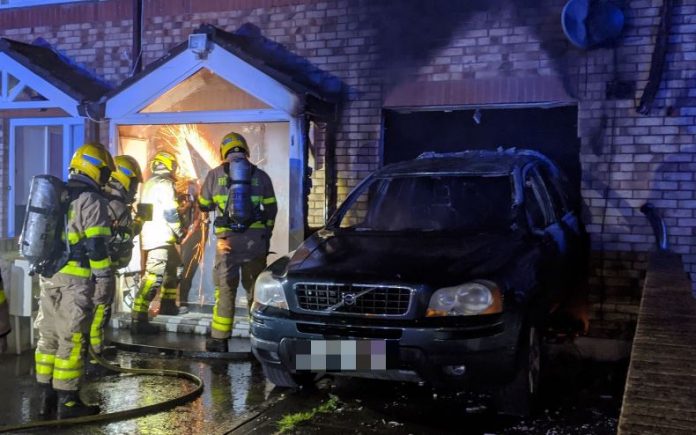 A criminal investigation is underway after a house fire in Clondalkin in Dublin that saw a jeep crash through the building.

Four engines from Tallaght fire station were called to the scene on Grange View Road shortly after midnight last night.

Photos posted online show the back of the vehicle went through the sitting room wall.

At midnight, 4 fire engines and an emergency ambulance from Tallaght fire station were called to a house fire after reports of a jeep crashing into the building. No one was injured and firefighters prevented the fire from spreading to adjoining properties #Dublin #fire pic.twitter.com/SEMe2WIRPR

The fire was prevented from spreading to adjoining homes, no one was injured, while Gardaí have yet to make any arrests.