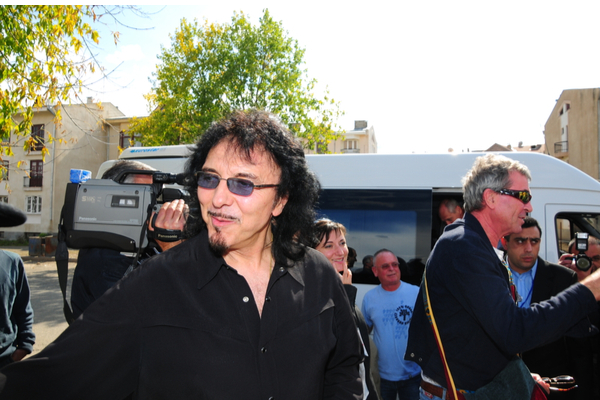 Tony Iommi has received the highest honour for a rock star, to have a 469-million-year-old fossil named after him. The newly discovered species of conodonts, – an extinct, jawless vertebrate which resembles eels – has just been discovered by a Danish/Swedish team of palaeontologists.

According to reports, the team retrieved the fossil from a succession of limestone in western Russia, which, during the Ordovician Period (a 45-million year period dating 488.3 million years back), formed sea floor sediments.

Eriksson said he personally has “quite an extensive track record of combining my science of palaeontology with heavy music”, also through the travelling exhibition Rock Fossils, popular science books, and even ‘paleo metal’ records, “so it came easy to me”.

“Tony Iommi has been high on my list of people I wanted to honour this way. To my great pleasure, both my fellow co-authors loved the suggestion. So, now Tony Iommi is also immortalized in the scientific literature with the gorgeous species Drepanoistodus Iommii.”

Conodont specialist, Jan Audun Rasmussen said the Drepanoistodus Iommii is, indeed, “excellently preserved, belongs to a complex group of conodonts, and has great potential as a time marker (so-called biostratigraphy).”

Fellow researcher, Anders Lindskog revealed that the rocks sampled at a steep Russian river bluff “might not look like much to the naked eye, but they have turned out to be a treasure trove for us fossil aficionados.”

The Drepanoistodus Iommii is not the only fossil to be found, with scientific article, ‘Middle Ordovician Drepanoistodus (Vertebrata, Conodonta) from Baltica’, giving a description of the three new species. You can read Rasmussen, J.A., Eriksson, M.E. & Lindskog, A.’s 2021 paper, published in European Journal of Taxonomy 74: 106–134, by clicking here.

Today In Music History – May 16th