Home News Ireland Could Be Set For A White Christmas As Met Éireann Predict... 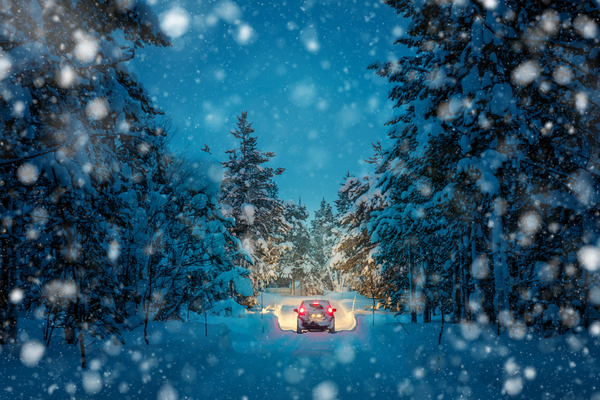 It looks like Ireland could be left dreaming of a white Christmas of snow as the festive season is to see high pressure, bringing warm weather.

Next month’s forecast appears to indicate slightly above average temperatures. Plenty of rain is also expected.

Temperatures are to dip to below freezing by Wednesday night (December 1). This will also bring patchy frost and ice to parts of Ireland.

The Met Éireann long range forecast also shows that while it will cool down, there is snow chance of a white Christmas on December 25.

Flurries Of Snow To Hit This Week?

Despite this, flurries of snow have been hinted for this week. A spokesperson for Met Éireann had this to say.

“Wednesday will be a showery day with heavy showers falling as hail, sleet and snow, mainly on hills and mountains”, they said.

“The showers will be most frequent in the west and north and at coastal areas in particular there, drifting inland at times too on the moderate to fresh west to north-west wind”.

On the rumours of snow, they also added, “A north-westerly airflow will be predominant [this week], as a result of high pressure to the south-west of Ireland over the Atlantic, and low pressure trending over northern and northeastern Europe”.

“Southern and south-eastern coastal counties will have slightly drier than normal. Temperatures will be over a degree above average overall countrywide this week”.

On the week leading up to Christmas, the forecaster also added, “High pressure is signalled to become established closer to the southwest with a weaker westerly airflow over the country”.

“This would introduce more settled weather overall from December 20 to 27 with conditions signalled to be drier than normal over much of the country, with average rainfall in the north”.

“Temperatures will likely be average or slightly above”.