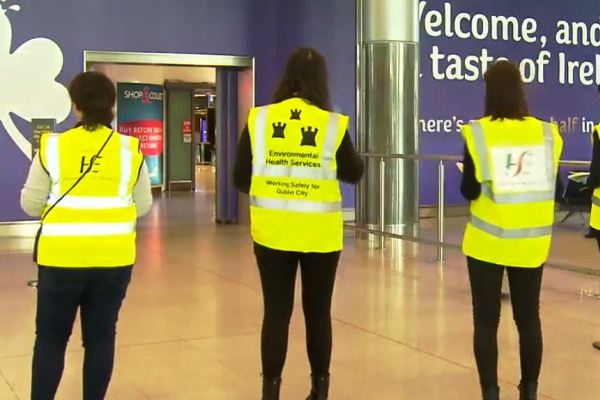 The Department of Justice is considering stricter rules so they know where people arriving into the country are self-isolating.

Figures for a six-day period between the end of April and start of May show almost 700 Dublin Airport passengers didn’t leave their details with officials.

Currently, passengers are asked to fill out a form once they’ve landed but it’s not mandatory.

Aviation analyst Alex Macheras says most countries have stricter rules than we do..”It could be mandatory quarantine like Australia where they take people from the aircraft into quarantine hotels, or it could be a lighter quarantine which is still kind of enforced like Greece where every arrival has to go home and then they are checked up on that they are, in fact at home. We know that when you put too much in the passengers hands, well there are people that will simply flout the rules and then we have no clue where they are and then it makes the system less effective.”

Once they get here, they’re given an information leaflet and a form to fill out with their contact details and where they’ll be self-isolating.

But new figures show that between April 28th and May 3rd, 66 per cent of the almost 2 thousand passengers arriving completed the form.

The department says follow-up calls are made a number of days after people arrive. Between April 28th and May 1st, 637 calls were made and two thirds of people picked up.

99% of passengers who answered confirmed they were self-isolating.

White House On Defensive Over Trump Comments On Injecting Disinfectant