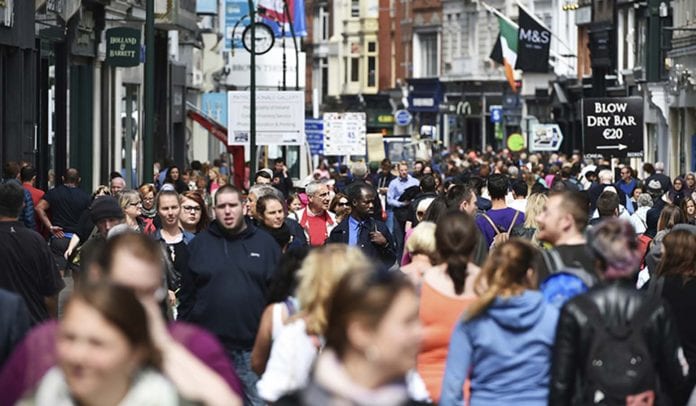 Ireland’s population is projected to increase by up to 1.1 million by 2030.

The forecast is part of a new ESRI report which predicts major extra demand for health services – especially for older people.

The projections in this report are the first to be based on Census 2016, and are designed to give an idea of how we should be planning for our health services in the next twelve years.

The number of older people in Ireland is set to double over the next thirteen years. This means that 1 in 6 people will be over the age of 65 by the year 2030 – putting a huge strain on health services.

The report says all this extra demand, will require major extra investment, and extra staffing in our health system. But economist David McWilliams says it’s not all bad news;

“Typical of an ESRI report, to talk about the ‘problems’. Look at the opportunities – a rising population is an amazingly good sign for society – forget the economy. And the fact that we have somebody – The ESRI  -saying, ‘Here’s the plan and the data, now go and plan around it’. I think this is really, really important.”