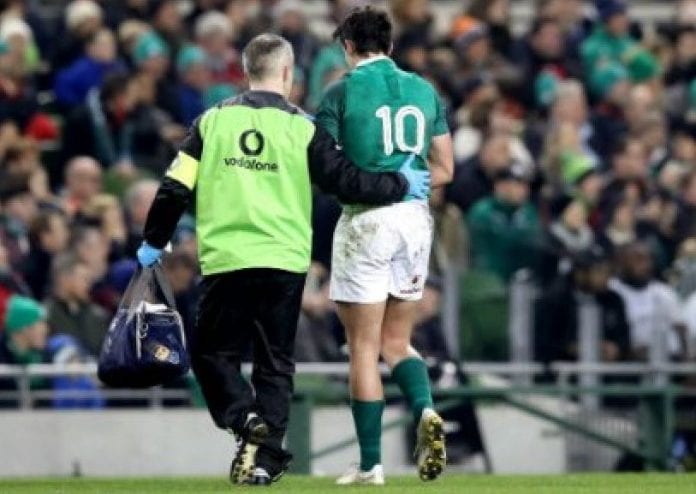 The IRFU have today confirmed that an injury to Joey Carbery in the 61st minute of Saturday’s game with Fiji, is in fact a broken wrist.

Carbery faces a spell on the sidelines after Ireland’s 23-20 win over Fiji in the Aviva Stadium.

In a statement released by the rugby union, they revealed: “Joey Carbery suffered a fractured wrist and has been ruled out of the remaining fixture of the series.”

Meanwhile they also announced the return of John Ryan: “John has returned to the Ireland squad having completed his rehab on a calf injury in Munster last week.”

“The rest of the players who featured against Fiji presented with the usual bumps and bruises post match but are expected to be fit to train this week.”

Joe Schmidt will now be without the service of Carbery for a number of weeks, much to the frustration of the coach.

The Irish contingent take on Argentina, Saturday, November 25th in the Aviva Stadium.

The encounter with the Pumas will be the first time the sides have met since Argentina knocked Ireland out of the 2015 Rugby World Cup at the quarter-final stage.

It promises to be an epic encounter, kick-off is 5.30pm.

Spain Gear Up To Clash With Russia In Moscow