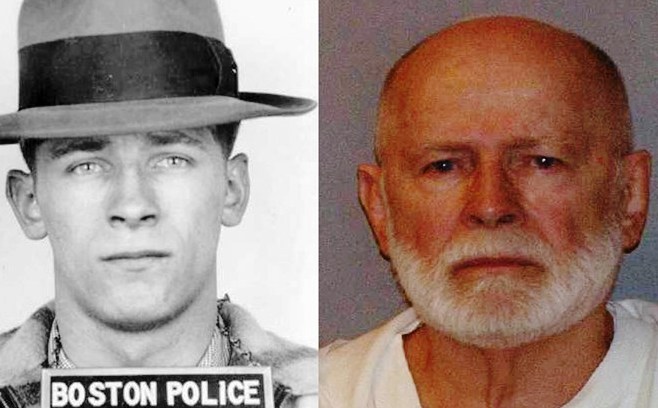 The FBI is investigating the death of the infamous Irish-American 89-year-old gangster James ‘Whitey’ Bulger who had only just arrived at a West Virginia penitentiary.

The former mob boss and fugitive was arrested in Santa Monica in 2011 having evaded the long arm of the law for 16-years having spent that time on the run.

Notorious Bostonian Bulger was found dead at a federal prison on the very first morning after he arrived at the facility and the FBI has launched an investigation.

Bulger arrived at the West Virginia prison only yesterday. It’s widely reported that he was killed.

A Justice Department statement read that the 89 year old Bulger was found unresponsive about 8:20 a.m.(local) at the high-security penitentiary USP Hazelton in West Virginia.

The statement went on to say that “Life-saving measures were initiated immediately by responding staff.”

Bulger, however, was subsequently pronounced dead by the Preston County Medical Examiner, the Justice Department said.

The feared former leader of the Winter Hill Gang, Bulger was convicted in 2013 of participating in 11 murders stretching from Massachusetts to Florida to Oklahoma.

Bulger was serving a life sentence. He was previously relocated from a Florida prison to a facility in Oklahoma.

Though Bulger is known to have medical ailments, it’s not clear why he was on the move.

Bulger was arrested with his girlfriend, Catherine Greig.

Greig, now 67, pleaded guilty in 2012 to identity fraud and harbouring Bulger. She remains locked up at a federal women’s prison in Minnesota.

In 2014, Bulger was transferred out of a high-security prison in Arizona over concerns about his relationship with a female psychologist who was counselling him, according to the Boston Globe.

Bulger was taken to U.S. Penitentiary Coleman II in Sumterville, Florida. In 2015 Johnny Depp was unrecognisable as he gave a convincing re-enactment of the lives and crimes of Whitey Bulger in a biopic.