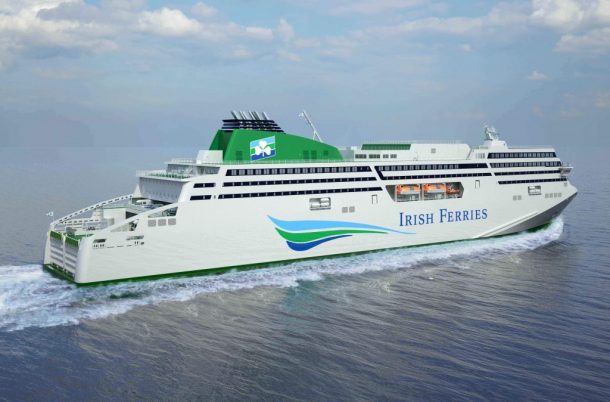 Irish Ferries has cancelled all planned summer sailings between France and Ireland by its new €150 million ferry.

The company says it’s due to further delays in the delivery of the WB Yeats ferry from a German shipbuilder.

Around 6,000 people are thought to be affected by the delay, Irish Ferries says it’s contacting affected customers. The WB Yeats is now due to start sailing between Dublin and Holyhead in September.

Irish Ferries have been roundly criticised after the delivery of W.B. Yeats has been further delayed, impacting upon 6,000 bookings.

The company says that it had no option but to cancel all its planned sailings to France for W.B. Yeats this summer.

The ship is now likely to commence sailing with Irish Ferries on Dublin-Holyhead as scheduled in September.

Irish Ferries is contacting affected customers to offer alternative travel options, and apologise for the disruption.

Customers affected are being offered a number of alternative travel options e.g. alternative direct sailings on the Oscar Wilde, or a ‘land-bridge’ option i.e. sailing to the UK (from either Dublin or Rosslare) and then to France (Customers who choose the land-bridge option, will also be reimbursed the cost of their fuel requirements from the port of arrival in the UK to the port of arrival in France).

If alternative travel arrangements do not suit, customers will, of course, be entitled to a full and immediate refund of all monies paid. Irish Ferries was previously forced to cancel July sailings for the W.B. Yeats when they were informed in April by FSG, of the initial delay.

Approximately 2,500 bookings were impacted by the earlier cancellation, however, 95% of those chose to switch to Irish Ferries’ other cruise ferry, the Oscar Wilde.

Irish Ferries are offering each affected customer a €150 voucher which can be used on any Ireland-France routes next year.

As you would appreciate we're experiencing high volumes of calls, mails and messages at the present time. Our dedicated teams are endeavouring to contact all affected passengers. If you do contact us, please have your booking reference to hand. Thank you for your patience. pic.twitter.com/yvuG5dt58o

Irish Ferries Q&A: What are my rights if my ferry is cancelled or delayed? https://t.co/AvzQbKls86 for @Indo_Travel_ pic.twitter.com/OExehpjEES

Brexit Has Been Delayed Until Halloween