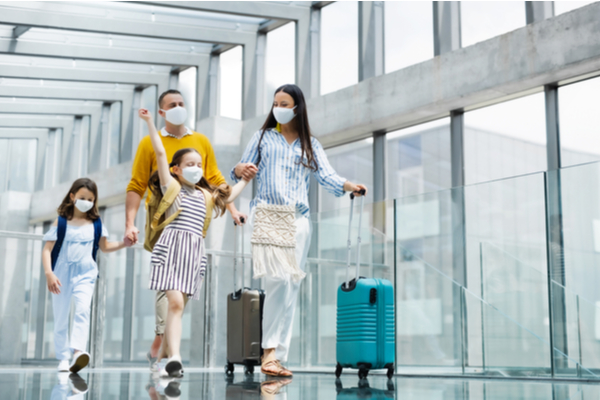 The original approach by Gardaí saw them issue fixed-charge notices, similar to speeding fines, to people breaching COVID guidelines and travelling to airports or ports for non-essential journeys. The fines began at €100 but were later increased to €500, but there are plans to raise it again to €2,000.

However, Gardaí say they encounter some Irish holidaymakers who are willing to treat it as part of the cost of going on a foreign holiday. In response, Gardaí have started formally directing people in breach of the travel regulation to comply with the law.

Gardaí now have the power to direct a person to comply with a penal provision under section 31(a) (7) Health Act 1947. Failure to comply is a further criminal offence which can be prosecuted in the district court.

Offenders will be punished with up to one month in prison and a €1,000 fine on conviction and will also have a criminal record afterwards. The current approach sees Irish holidaymakers fined, before being directed turn around.

When quizzed on why Irish holidaymakers cannot be arrested at the departure gate, a senior Gardaí spokesperson said arrest is for the purposes of prosecution and that it is “not a form of punishment and will only be used in the most exceptional cases.”

In response to queries, a Garda spokesperson said: “Where a person is determined to be in breach of the Penal Regulation 4(A)(1) they can be fined, currently €500 FPN, in respect of the travel to the airport without a reasonable excuse.

“Further, where a member of An Garda Síochána determines a person is in breach of this regulation, they may in accordance with section 31(a)(7) Health Act 1947 ‘direct a person to take such steps as the members consider necessary to comply with the provision’. Failure to comply with this direction is a further offence.”

Millions May Be Spent In Bid To Preserve Decaying Poolbeg Chimney...