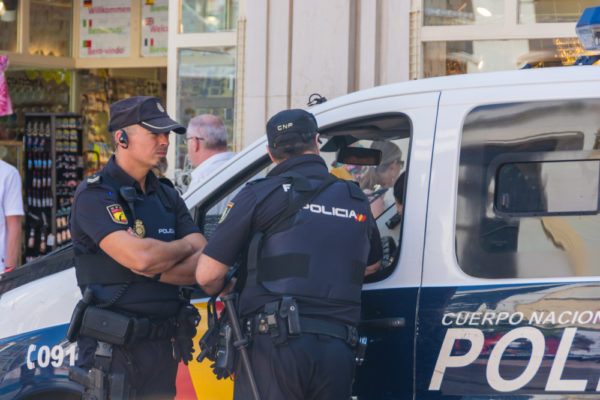 Irish nationals have been apprehended as 11 people were arrested by authorities following a significant drugs seizure on the Costa Del Sol in Spain. Police seized nearly seven tonnes of cannabis with a value of almost €18m after they thwarted a British run drugs gang.

In a statement, Spanish officers said the gang was fronted by a UK national who used his home in San Pedro de Alcantara close to the popular resort of Marbella to store the drugs. In total, 11 people, nine men and two women, have been taken into custody. Police confirmed they include Irish citizens, British nationals, Moroccans and Spanish.

Five people in all are British and Irish citizens, although police didn’t say how many held Irish passports. Those detained are accused of smuggling cannabis into southern Spain from Morocco by boat. As well as the major haul of cannabis, ecstasy, cocaine, a gun, cash, nine vehicles, 25 mobile phones and a frequency jammer were found during the police sting.

Investigators say the operation escalated when one suspect in a van that was transporting drugs rammed several police vehicles during a chase. Video footage showing the seizures which include stacks euro and sterling notes, as well as a firearm, were released by authorities yesterday.

According to The Independent, a spokesman for Spanish police said, “National Police officers have smashed a criminal gang operating out of Marbella and the nearby town of Estepona which was smuggling cannabis into Spain using boats so it could be sent on to other places. In this operation 11 people from Britain, Ireland, Morocco and Spain have been arrested.”

The operation was initiated in March when officers received a tip-off about suspected Moroccans and Spanish nationals smuggling drugs into Spain on boats. It’s believed Gardaí are to be assisting their Spanish colleagues in the case.

4 Out Of 10 Appeals Against Clampers Successful