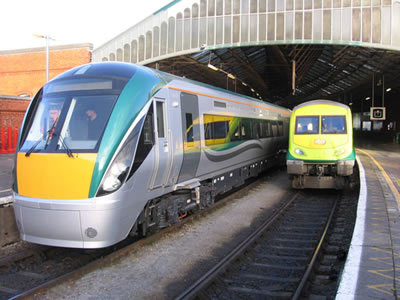 Rolling train strikes are expected in the run up to Christmas –  after talks on pay increases at Irish Rail broke down.

The National Bus and Rail Union says they were close to reaching a deal, until the CEO of Irish Rail pulled the offer.

“That was on the table – effectively a 1.75 % increase –  which would not impact the day-to-day work of the vast majority of employees but unfortunately the trade unions didn’t feel they were in a position to accept that.”

But Dermot O’Leary from the National Bus and Rail Union says they were on the cusp of making progress at an offer of a rate higher than 1.75%;

“Unfortunately at around 11 o’ clock last night – the Workplace Relations Commission came back to tell the trade unions that the figure we were discussing was not on the table, and it was pulled in fact.”

This afternoon, the five unions at Irish Rail will outline exactly what form their industrial action will take.Dermot O’Leary doesn’t expect it will start during upcoming the bank holiday weekend, but says whatever form it takes, there will be disruption to customers. Barry Kenny says a strike would be counter-productive;

“There’s a route there now, through the industrial relations process to to bring it through the Labour Court. There’s no need to threaten our customer services, our financial viability and our ability to respond to the employees wish for improved earnings by having industrial action.”

Gardai Could Be Set To Crack Down After Dubs Training Session