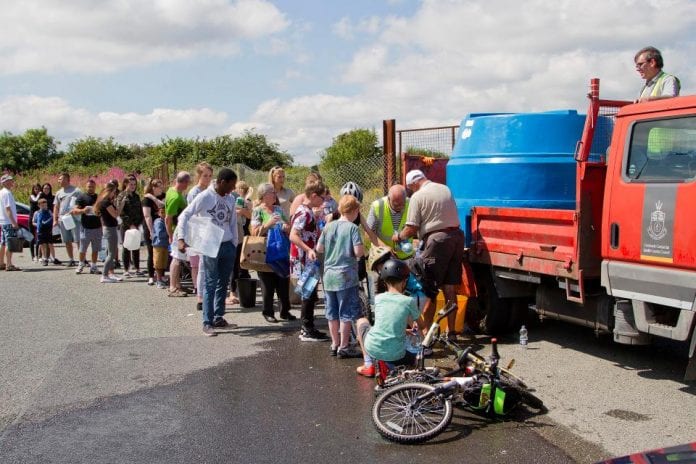 Irish Water admits it’s unclear about the state of its pipes and says there aren’t enough spare parts in case of emergency.

The news comes as the utility company releases the findings of a review into the mass supply failure in the North East this summer.

Around 100,000 homes and businesses ran dry for almost a week when a pipe burst at a treatment plant in County Meath.

A report into the response has found that action wasn’t taken fast enough.

The pipe had ruptured the previous summer – but this time it took almost seven days to fully restore supplies to the thousands of people affected.

Irish Water found the utility should have escalated the matter within the first 24 hours so that it could better inform those affected.

The company has now updated it’s protocols for incidents like these.

However, managing director Jerry Grant says they don’t have the resources to tackle problems and he’s worried something similar could happen elsewhere.

“We simply don’t know the details of all our assets in the ground, we don’t know their condition and we don’t have automatically spare parts available or inventory around the place…We have 300 bursts a month on our network. So all of those bursts every month affect communities and affect businesses”.

One Person Who Absconded From Hotel Quarantine Is Still At Large