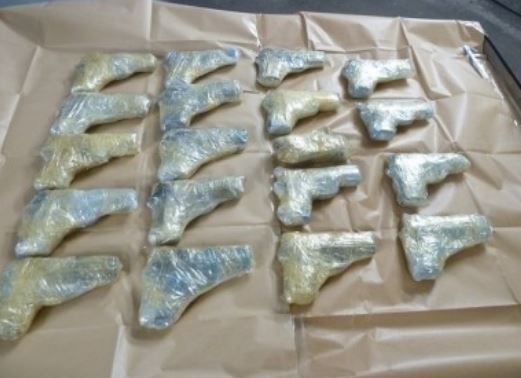 An Irishman’s due to appear in a UK court later accused of illegally importing firearms after 60 guns were found hidden in a car.

Robert Keogh, who’s 37 and from Dublin, was charged after the vehicle arrived from Calais on Friday. He’ll appear at Margate Magistrates’ Court.

Border Force officers made the discovery – thought to be the largest such seizure at a UK port – in Dover.