Home Music “It Knocked Me Out For 3 Weeks” – Alice Cooper On Dealing... 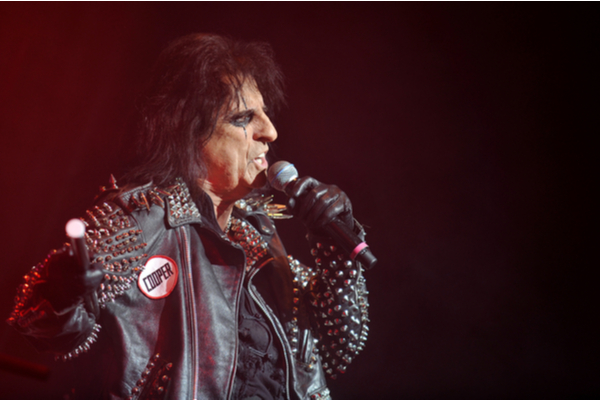 Rocker Alice Cooper has given further details on his experience of having Covid-19. Cooper said the virus made him feel like he did “12 rounds with Roberto Duran”.

Cooper was diagnosed with the virus in 2020 and he recently opened up about the side effects he experienced in a recent interview with Good Day Rochester.

“All it really did with me was it knocked me out”, Cooper said. “For three weeks, I felt like I went 12 rounds with (boxing legend) Roberto Duran; I was just beat up”.

“And so now I’m a walking antibody”, he added.

In February, Alice Cooper along with his wife Sheryl received their Covid-19 vaccines at the Immunisation Facility in Phoenix, Arizona. Catch that report here.

In a short clip, the musician also stressed the importence of getting vaccinated against this virus.

“We already had Covid but we’re getting vaccinated anyway”, Cooper said. “Everyone out here has been really nice and you don’t feel like you’re in danger of anything. So come on out. If you haven’t been vaccinated, come on out”.

Last week, it emerged that an album of Alice Cooper’s hits were to be re-recorded to make them suitable for infants.

The album was released in partnership with Twinkle Twinkle Little Rock Star. They are a company that creates  “beautiful lullaby versions of your favourite artists”, via Roma Music Group”. Other artists that have had their music re-recorded into lullabies by this company include the Beatles, Metallica, Adele and Lady Gaga.

Cooper’s re-recorded tracks include “School’s Out”, “Under My Wheels” and “Poison”. Find out more about this album in the report here.