Home Music News It’s Only RnR..And We Like It.. 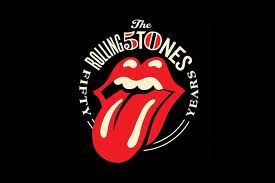 The Rolling Stones wrapped up their “50 & Counting” tour in London’s Hyde Park on Saturday.

With temperatures still high at the start of their set, Metro UK reports Mick Jagger told the audience, “It’s fantastic to see you all here on the hottest day of the year so far. Are you surviving? Good.”

In front of 65,000 fans, the Stones kicking Saturday’s show off with “Start Me Up” and “It’s Only Rock And Roll” before going on to play a catalog of their greatest hits, finishing with “Brown Sugar,” “You Can’t Always Get What You Want” and “(I Can’t Get No) Satisfaction.”

Both of the Stones’ Hyde Park shows were filmed and a DVD is expected to be released in the near future, with an audio recording also expected to go on sale.

Delorentos Have Announced A Gig For April 13th 2018!

First Ever Peaky Blinders Soundtrack Set To Be Released