Home Music News It’s The Summer Solstice And We’ve Got All The Best Ways To... 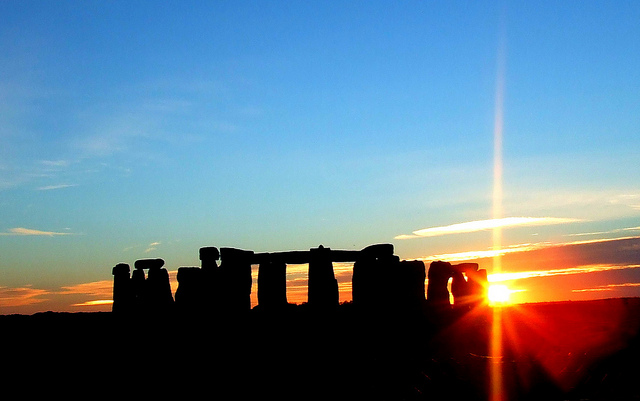 In case you haven’t been outside and noticed it yourself, it’s officially summer.

For astrologists, the summer solstice marks the beginning of summer. Meteorologists and ourselves use a different system based on the calendar year.

The summer solstice represents the time at which the Sun reaches its highest point in the sky, and occurs when the Earth’s axis tilts most towards the Sun and is directly above the Tropic of Cancer.

This year the summer solstice falls on June 21, but it can fall as early as June 20 or as late as June 22.

Today we will have over 17 hours worth of sunshine on us.

But here is a fun fact, that is sure to send you down a rabbit hole of confusion. We are actually slowly but surely getting shorter days every year, even though we should actually be getting longer days. “Wait, whaat” we hear you say. Well Let us explain. The lovely lads over at Vox broke it down much clearer than us, but here is the gist. The days should be getting shorter. This is due to tidal friction. About 4.5 billion years ago, it took the Earth just six hours to complete one rotation. About 350 million years ago, it took 23 hours. Today, of course, it takes about 24 hours. And the days will gradually get longer still.

But thanks to that pesky global warming, we’re now having the reverse effect. The melting of glacial ice, which has been occurring since the end of the last ice age 12,000 years ago (and is now ramping up because of global warming), is actually speeding up Earth’s rotation very slightly, shortening the days by a few fractions of a millisecond.

Its believed that the longest day in the earths history actually occurred in 1912.

Anyway, in celebration for the longest day of the year, and the official start of Summer, we’ve compiled a list of the best live music events for you to get yourself to the mood of the summer

There’s a crackin’ line-up for this year’s Sea Sessions line-up which includes: Primal Scream, The Coronas, Sigma and Badly Drawn Boy amongst many more. With an array of talented musicians and a range of sporting activities, the Sea Sessions three-day event is unmissable. With surfing, skating, music and fun, there is something to suit all ages and tastes. Sea sessions wil be on June 23rd-25th.

The Summer Series will take place at Trinity College between July 6 and 11 and will see College Park host a collection of outdoor gigs.

The line-up is seriously impressive, with Gregory Porter (July 6), James Vincent McMorrow (July 7), Bell X1 (July 8) and The Pixies (July 9) all taking to the stage.

HamsandwicH will play Bulmers Live at Leopardstown tomorrow night, Thursday June 22, The band, who’s most recent album Stories From The Surface debuted at #1 in the album chart, are the latest act in a fantastic line-up of Thursday nights at Leopardstown Racecourse.

Check Out Arctic Monkeys Play ‘One Point Perspective’ On The Late...

The New U2 Video Is Being Criticised For Its Sectarian Theme