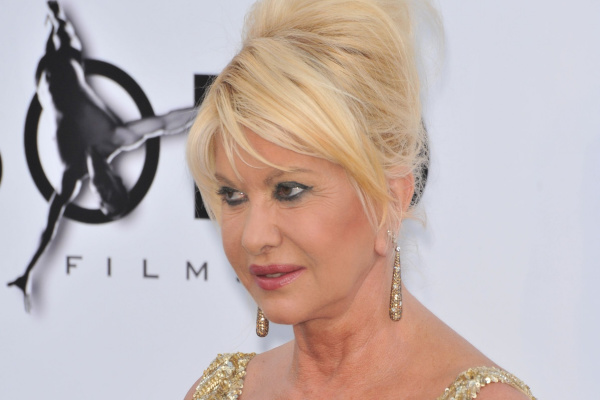 Ivana Trump has died, having suffered a cardiac arrest yesterday. She was 73 years old.

Ivana who was married to former US President Donald Trump, had been reportedly feeling tired earlier that day. She was found dead in her NYC apartment, after someone called 911.

Ivana was also the first wife of Donald Trump, with the former couple marrying in 1977. However, their divorce was confirmed in 1992, after Donald’s affair with Maria Sharples was made public.

Ivana was also vice president of the Trump organisation. She also served as CEO of Trump’s casino resort, and manager of the Plaza Hotel.

It had also been reported that Ivana had dined at her favourite Italian restaurant earlier that day. She was feeling “tired”, and had ordered a small amount of food.

“As always she asked me how I was doing – she was always supporting us – and we just shared an extremely normal conversation, the kind I had almost every day I saw her,” the owner, Paolo Alavian said.

“Her health seemed normal, she looked maybe a little bit tired, but she otherwise seemed OK”.

Ivana Trump’s death was confirmed by her former husband Donald, who released this statement via his Truth Social Media platform.

“I am very saddened to inform all of those that loved her, of which there are many, that Ivana Trump has passed away at her home in New York City”, Trump wrote via his Truth Social Platform. “She was a wonderful, beautiful, and amazing woman, who led a great and inspirational life”.

“Her pride and joy were her three children, Donald Jr., Ivanka, and Eric. She was so proud of them, as we were all so proud of her”.

“Our mother was an incredible woman — a force in business, a world-class athlete, a radiant beauty, and caring mother and friend”, they said in a joint statement. “Ivana Trump was a survivor. She fled from communism and embraced this country”.

“She taught her children about grit and toughness, compassion and determination”.

“She will be dearly missed by her mother, her three children and ten grandchildren”.

Kanye Sued For Quarter Of A Billion Dollars By Family Of...