Home Music News Jack Black And Jack White Have Recorded A Song Together! 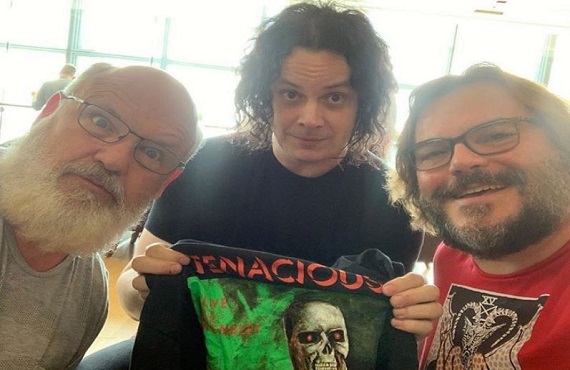 Jack Black and Jack White recorded a new song together! With two opposing names like that it was only a matter of time before the immovable object met with the unstoppable force.

The announcement was made during Tenacious D’s show in Nashville this past Sunday. CoS reports that during the rockers’ set, Black informed the crowd: “Jack White, we went over to his house today and recorded a brand new song.”

It’s reported that Tenacious D dropped by White’s recording studio in Nashville. The song is set to be released on Third Man Records.

No release date has been revealed and it’s also unclear what White’s contribution to the song was.

Black and White have moved in the same celebrity circles for a while now but they were never snapped in each others company until June just gone.

Tenacious D got together with White over the summer and took to Instagram to share the historic moment and posting a picture that captioned, “We hired a new merch guy.”

We hired a new merch guy