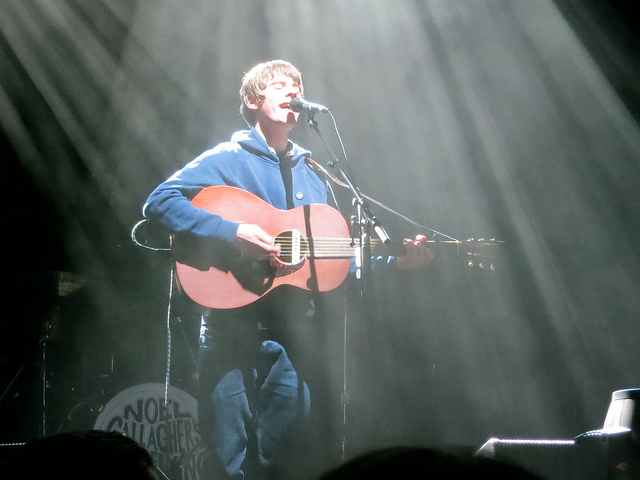 Jake Bugg unveiled two new songs during a performance at the Cardiff Arena in Wales the other night.

The singer played the two new tracks during the acoustic section of his performance. They’re apparently titled ‘Down The Avenue’ and ‘Hold On You’.

The 20 year old shot to fame with his self titled debut album in 2012. Described as a blend of  Bob Dylan and Arctic Monkeys, Bugg wowed critics with his vivid description of life in Nottingham on tracks such as, ‘Seen It All’ and softer songs like ‘Broken’.

The Nottingham native is currently touring and writing material for his third album. Bugg said, “That’s the beauty of making records, you just never know when it’s gonna be ready. I didn’t think this second album’s gonna be as ready as soon as it was but it just so happened.”

Bugg introduced ‘Down The Alley’ as “a new song [he’d] been working on.” Bugg performed an acoustic version of the track without his two-piece backing band. The lyrical content of the songs appear to deal with the theme of ‘growing up,’ an issue Bugg has tackled in previous material.

Watch Jake Bugg play ‘Hold On You’ below.

Watch Jake Bugg play ‘Down The Avenue’ below.

Jake Bugg is to play in Dublin’s Olympia Theatre on October 13th and 14th.

New U2 Before October?