Home News Japan Falls Silent As It Pays Tribute To Victims Of the 2011... 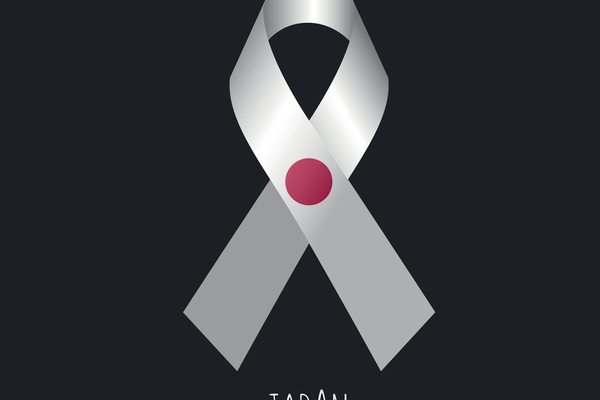 Today, silence fell upon Japan as they remembered the victims of the 2011 tsunami that destroyed and traumatised the nation. Today marks a decade since one of the strongest quakes ever recorded triggered towering waves, killing thousands of people.

A minute’s silence swept across the country at 2.46pm local time, the exact moment a 9.0 magnitude quake hit the northeast coast on March 11th, 2011. Around 18,500 people were killed, or left missing in the disaster, as towering waves ripped through buildings and engulphed towns.

The tsunami swept far inland, causing meltdowns at the Fukushima Daiichi nuclear power plant, forcing more than 160,000 to evacuate. The effects of the meltdown blanketed nearby areas as radiation spew into the air, rendering some towns uninhabitable for years.

At a ceremony in Tokyo’s national theatre, Emperor Naruhito spoke of how the “unforgettable memory of the tragedy” continues in Japan to this day. Naruhito said in spite of their having suffered from “unimaginably enormous damage”, many of those affected have overcome “numerous hardships by helping one another.

The pandemic has halted almost everything and even the annual memorial was affected as it was held before a smaller audience than usual. With the capital and nearby areas currently under a virus state of emergency, Prime Minister Yoshihide Suga saw a connection.

He said the challenges faced by survivors had been compounded by the pandemic and natural disasters in Japan. A strong quake which recently shook the region was classified as an aftershock of the 2011 tremor. However, Prime Minister Suga brought feelings of hope as he said the country had always “overcome every crisis with courage and hope”.

Bereaved local residents laid flowers at graves and placed letters to missing family members into the sea as private and public commemorations were held across Japan. A giant sea wall was built after the tsunami, which 78-year-old Toshio Kumaki walked along and offered a prayer as the sun rose in Hisanohama.

In Ohisa, one of the districts adjacent to the beach, around 60 people were either killed, or declared missing. Tsunami waves of around seven metres high struck the coast and washed ashore, destroying everything in its path. Kumaki remembered the disaster and said, “it was scary”, as his eyes filled with tears.