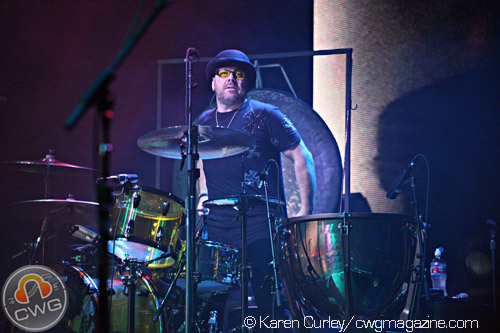 Jason Bonham the son of legendary Led Zeppelin drummer John Bonham, has said that Led Zeppelin “will play again”. Jason played with the band at their famous 2007 reunion show.

Jimmy Page recently quelled rumours of a reunion seen as that he will be working on a new solo album next year. Page said that the record won’t be like what he did with Led Zeppelin.

In a recent interview, John Bonham has spoken about the possibility of a Led Zeppelin reunion. Jason said “In my heart of hearts… I do believe we will play together again,”

He continued by saying “It remains to be seen if it will be in public or privately, but I do think we will play again.” Jason Bonham spoke about the possibility of a reunion among other things in a recent interview with Vanayland.

Jason also spoke about a side project that almost toured instead of Led Zeppelin after the 2007 reunion concert. He said “I had a personal talk with Robert, and what we talked about was very special, and I totally respect his wishes. It was between us and I’m grateful that we had time to talk about that,”