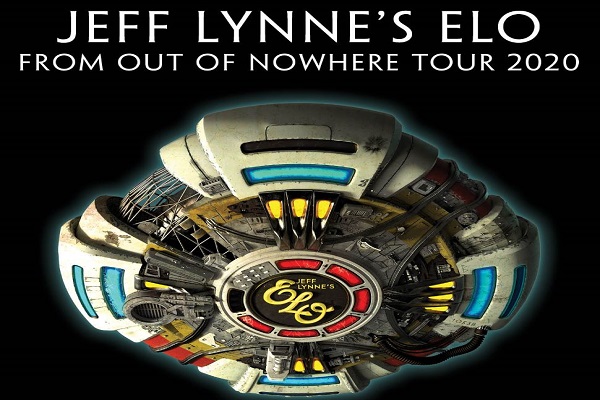 After the release of the UK Number One album, ‘From Out of Nowhere’, Jeff Lynne’s ELO have just announced an autumn 2020 European tour.

And the highly anticipated tour will include SSE Arena Belfast on 18th October and 3Arena Dublin on 19th October. Tickets go on sale this Friday 31st January at 9am.

But if you can’t wait for the that Nova’ Pat Courtenay will be giving away a pair each day before they go on sale! So make sure and tune in to his show all next week!

With more than 50 million albums sold, ELO ranks among the most popular acts of its era. Those totals cover four consecutive Top 10 albums and seven reaching the Top 20, as well as a remarkable string of hit singles — 20 reaching the U.S. Top 40 and a full seven of them lodging in the Top 10.

Lynne’s reach, of course, has extended far beyond ELO, touching millions as a producer and collaborator, most notably as a member of the Traveling Wilburys alongside George Harrison, Bob Dylan, Roy Orbison and Tom Petty.

Tickets from €89.50 including booking fees go on sale Friday 31st January at 9am.

This Sunday On Sessions From Oblivion