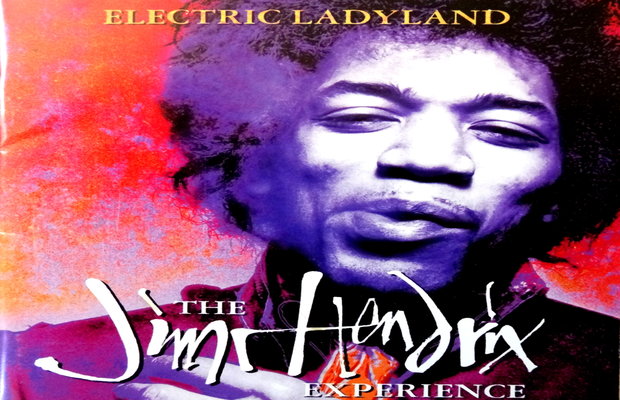 Electric Ladyland is the third and final album of new material by the Jimi Hendrix Experience, released in October 1968 on Reprise Records. It is the only Hendrix studio album professionally produced under his supervision. It topped the Billboard 200 album chart for two weeks in November 1968.

Following the first installment of recordings for the album from Olympic Studios in London, including the first part of “All Along the Watchtower”, the aforementioned 1967 single, and the original cuts of “Crosstown Traffic”, production then moved during the spring of 1968 to the newly opened Record Plant Studios, situated close to Hendrix’s favorite New York clubs. Recording there was by Jimi’s favorite engineers Eddie Kramer and Gary Kellgren. Despite a claim by Record Plant engineer Chris Stone that Kellgren engineered “90%” of Ladyland, the studio records show that most of the work was done by Kramer, only three tracks including the one by Redding having Kellgren as engineer.

During the recording of the album, Hendrix fell out with producer Bryan “Chas” Chandler and Redding. Both of them grew tired with the undisciplined way Hendrix was working in the studio, because he was constantly inviting his friends and acquaintances in there. Chandler hated spending so much time in the studio and partly blamed it on these guests, but Jimi was the creative genius behind “The Jimi Hendrix Experience”. Chandler also complained that Hendrix’s insistence on doing multiple takes of every song, combined with what he saw as Hendrix’s drugged incoherence, led him to sell his share of the management company to his partner Michael Jeffery. Chandler quit in May 1968, leaving Hendrix sole producer on the project.

Hendrix’ studio perfectionism was legendary – he and Mitch Mitchell recorded well over 50 takes of “Gypsy Eyes” over three sessions, Hendrix was generally insecure about his voice and often recorded his vocals hidden behind studio screens. Hendrix sang all the backing vocals himself on the title track and on “Long Hot Summer Night”. He was said to be very happy with the vocal results on “Have You Ever Been (To Electric Ladyland)”.

Many of the album tracks show Hendrix’s vision expanding far beyond the scope of the original trio and saw him collaborating with a range of outside musicians including Dave Mason, Chris Wood and Steve Winwood from Traffic; future Band of Gypsys drummer Buddy Miles; Jefferson Airplane bassist Jack Casady; former Dylan organist Al Kooper; and members of ‘the Serfs’: Mike Finnegan on organ, Freddie Smith on saxophone, and Larry Faucette on congas. Cooperation between Hendrix and Redding, who was of the same opinion about time spent in the studio as Chandler, was strained during production.> Hendrix plays bass on many tracks, including the bass solo on “1983”. At times Hendrix recorded bass tracks simply to make things proceed faster. Redding plays acoustic guitar and sings lead vocals with Mitchell on “Little Miss Strange”.

Hendrix wrote to Reprise describing exactly what he wanted for the cover art, but was mostly ignored. He expressly asked for a color photo by Linda Eastman of the group sitting with children on a sculpture from Alice in Wonderland in Central Park, even drawing a picture of it for reference. The company instead used a blurred red and yellow photo of his head, taken by Karl Ferris. Track Records had its own art department, which produced a cover depicting nineteen nude women lounging in front of a black background taken by photographer David Montgomery, who also shot the inside cover portrait of Hendrix. In interviews, Hendrix expressed displeasure and embarrassment with this “naked lady” cover, much as he was displeased with the Axis: Bold As Love cover which he found disrespectful.

Tony Glover in a November 1968 review in Rolling Stone was hesitant with his praise, feeling that the album is “an extended look into Hendrix’s head” and that “mostly it seems to have some pretty good things in it”; he wondered if Hendrix was all style with no substance – a “psychedelic superspade”, or if he was genuinely “a damn good musician/producer”, and concluded that if you approach Hendrix through the music rather than the image, that he is “amazing”.

Electric Ladyland has been featured on many “greatest album” lists including #10 on Classic Rock UK’s list of 100 Greatest Rock Albums Ever and #37 on the Times’ 100 Best Albums of All Time. In 2005 Q magazine readers voted Electric Ladyland the 38th greatest album of all time; in 2003 the TV network VH1 placed it at #72. In 2003, Rolling Stone declared it the 55th greatest album of all time. The album is included in the book 1001 Albums You Must Hear Before You Die. Also, the Source magazine ranked it #40 on their Critics Top 100 Black Music Albums of All Time list in 2006.

All songs written by Jimi Hendrix, except where noted.