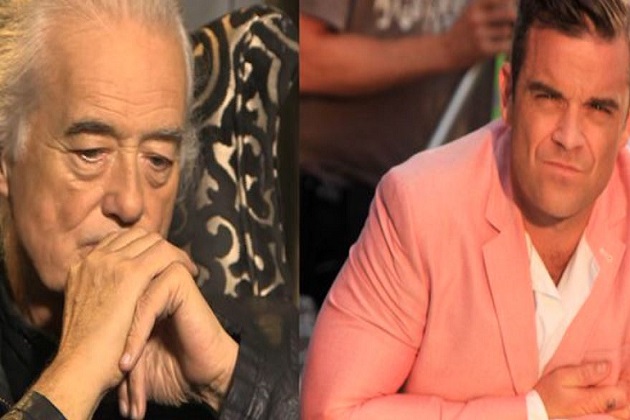 The victory for Williams comes following a long-standing feud between neighbour and Led Zeppelin legend Jimmy Page. Page had previously expressed worries that work on the pool could cause severe damage to the foundations of his gothic mansion next door.

Local Councillors confirmed construction work will only begin once suitable assurances are received on both vibration levels and the movement of the property’s foundation. The feud kicked off in 2013 when Williams bought the property, which is the former home of late film director Michael Winner.  Page has lived next door since 1972.

When Page addressed a council committee regarding his home he said, “ My home was designed by William Burges, one of the greatest architects of the 19th Century.”

“As his own home and showroom, it contains original and fragile irreplaceable materials. I’m here to plea that you take all necessary measures to protect the Tower House from the threat of harm it faces.”

Robbie had to apologise for referring to Page as “mentally ill” when he accused the guitarist of hiding in his car and recording workmen to test noise levels at the property. It’s not the first time Williams had a go at Page over the spat.

Louder reports that in 2016, the former Take That singer was performing at the Apple Music Festival in London in September when his band briefly played Led Zeppelin’s Whole Lotta Love. Williams altered the lyrics, singing, “I’m gonna dig a big hole and fill it full of shit,” before performing his own track Kids.

Jimmy Page has lost his three-year battle to stop his neighbour Robbie Williams from building a basement https://t.co/FmE3fAnEI6

Radiohead Biopic Would Be A “Weird Film” Says Benedict Cumberbatch