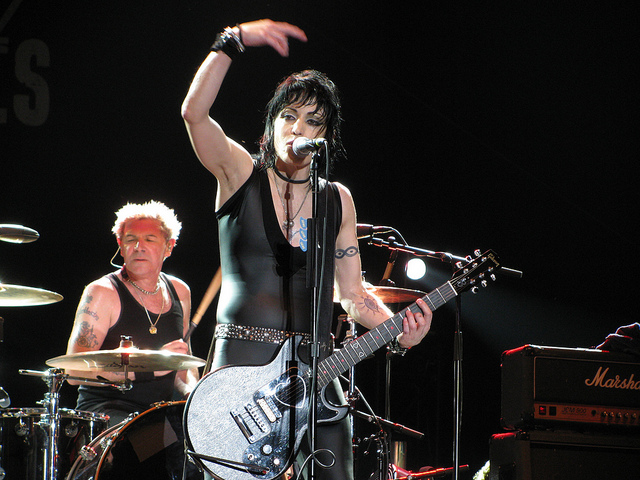 Joan Jett will rock the stage at this year’s WWE’s Wrestlemania on April 7th. According to Billboard, the rock legend will play her hit track “Bad Reputation” to kick off the annual wrestling smackdown.

“The Queen of Rock ‘n’ Roll, Joan Jett, is a music legend and icon for powerful women everywhere. Her performance at this year’s WrestleMania promises to be both exhilarating and inspiring, and we are honoured to watch her join a distinct list of extraordinary performers who have lit up the WWE stage.”

Jett will join the pantheon of stars who’ve performed the extravaganza’s stage over the years. They include Pitbull,  Snoop Dogg,  Kid Rock and many more.

Wrestlemania will happen on April 7 th at MetLife Stadium in East Rutherford, New Jersey, and will stream live around the globe on WWE Network.