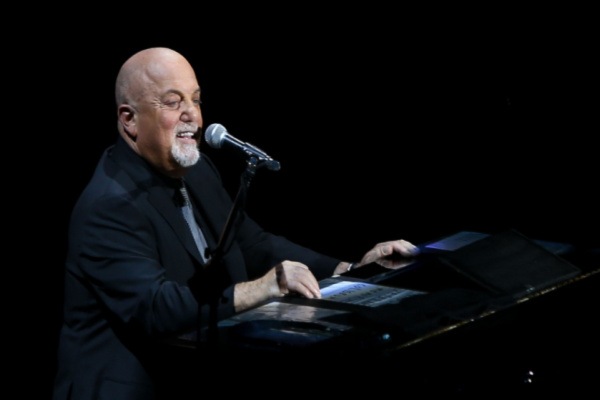 Over the weekend, Billy Joel introduced a ‘special guest’ during his concert at Detroit’s Comerica Park.

Halfway through this gig, Joel introdueced Def Leppard’s Joe Elliott to the stage, and the pair joined forces to share a live cover of Def Leppard hit ‘Pour Some Sugar On Me’.

As he exchanged smiles with the crowd throughout the performance, Elliott even came to the front of the audience at one stage.

You can check this performance out for yourselves below.

This was also the first time that Joe Elliott joined Joe Elliot on stage since they performed at Madison Square Garden in 2019. They pair also performed a live duet at Boston’s Fenway Park a year later.

Joel’s live gig saw the Canadian singer perform for 2 hours and 14 minutes. The concert also saw Joel perform Rolling Stones’ track ‘A Room For Our Own’.

The show had previously been cancelled twice, due to the pandemic. Joel will also perform live at Madison Square Garden on July 20. His next stadium show will take place at Pittsburgh PNC Park on August 11.

Ahead of the show, Joel also told the suburban Oakland press, “There are songs in the show that I really like to do, which are the more obscure ones. I tend to like the album tracks more than the hit singles.

“I feel a certain sense of pride and satisfaction after I finish those songs. I think to myself, ‘That wasn’t bad. I don’t remember how I wrote it or why I wrote it, but that’s pretty good'”.

Performing at December 10, this will mark Joel’s first performance Down Under in 24 years, which saw him join Elton John live on stage in 1998.

“We are absolutely thrilled that one of the greatest artists of our era will be playing at an iconic stadium in the music capital of Australia”, Melbourne’s Lord Mayor Sally Capp said. More on this here.

Along with launching their own make up and candle collection, Def Leppard also confirmed plans for a major European stadium tour next Summer.