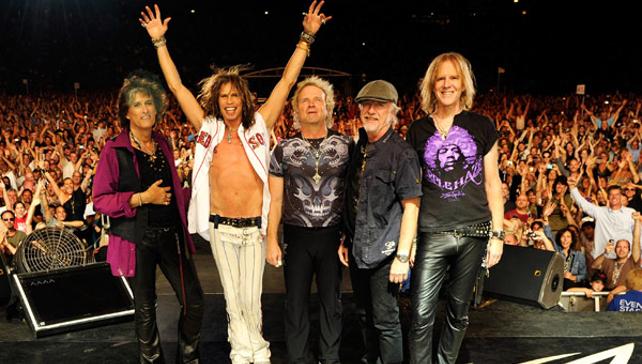 In a recent interview, Aerosmith axeman Joe Perry discussed just how the band worked out their approach for their Deuces Are Wild residency shows in Las Vegas.

According to Antimusic, the rockers wanted to pull off the big style performance while remaining an authentic rock band. Perry said:

“We wanted to keep the thing real rock and roll, but put on a big show. And so when that was being put together, there was always a rub because there was a lot of computerized stuff because there are so many moving parts.”

Perry explained there were various departments behind the massive show: “And there are probably four or five different areas of people running things because there’s so much just moving parts, lights, all that stuff, and you just can’t run it like a regular show.”

“But we did study some of the pop acts and things like that, and since we don’t have 16 dancers up there, and we probably never will, we thought that we would try a few things to bring up the level of the music itself.”

“We realized the best thing we could do is just keep it stripped down to Aerosmith. And we filled in a few things; we have a percussionist and another background singer to help fill it out, just something that we wouldn’t be able to do on a regular tour.”

“But what we realized during the first run was that the more of the real essential Aerosmith we could give, the better the show was inside of the production around it.”

“And playing some of the songs in that setting made it that much more entertaining, and more entertaining for us because we realized that we could be a lot looser, probably closer to how we would do an afternoon gig at a club.” Check out the full interview here.