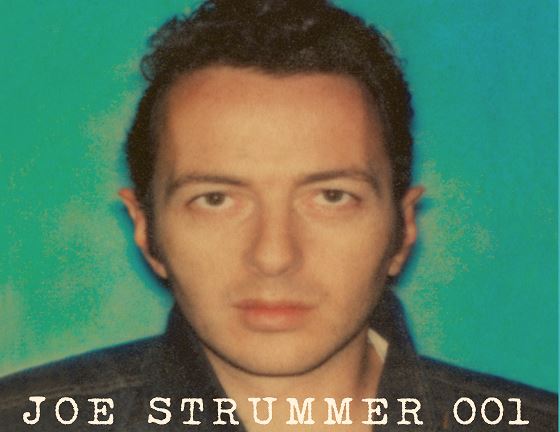 For Record Store Day 2019, Ignition Records will be releasing, for the first time, ‘The Rockfield Studio Tracks.’

A 12” vinyl featuring two Joe Strummer songs recorded in 1993 at Rockfield Studios. Side A features ’Forbidden City (Demo)’ and on side B, a new mix of ‘Cool Impossible’.

This limited edition 12” will be pressed on black heavyweight vinyl, with artwork featuring images of the original audio master tape box and a postcard of Joe photographed by Bob Gruen.

Both tracks feature Strummer on Vocals & Guitar, Danny Thompson on Bass, Aaron Ahmun & Terry Williams on Drums, Tommy McManamon on Guitars and James MacNally on Piano. ‘Forbidden City (Demo)’ was produced by Joe himself while ‘Cool Impossible’ was produced by Kosmo Vinyl.

The release was curated and overseen by Joe’s widow Lucinda Tait and producer and art director Robert Gordon McHarg III. Both tracks were Restored, Mixed and Mastered by Grammy Award Winner Peter J. Moore at the E. Room in Toronto Canada.

The original mix of ‘The Cool Impossible’ is included on the recently released compilation ‘Joe Strummer 001,’ which comprises fan favourites from Joe’s recordings with the 101ers, The Mescaleros, his solo albums, soundtrack work plus 12 previously unreleased songs.

Everything You Need To Know About The Arctic Monkeys At The...