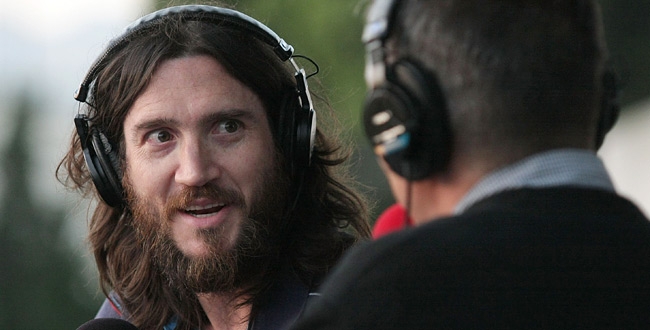 He will release the LP titled, “Enclosure” in April and he has also made a track “Scratch” from the album available for free download from his website.

Speaking about the record, Frusciante said:
‘Enclosure’, upon its completion, was the record which represented the achievement of all the musical goals I had been aiming at for the previous five years”.

“It was recorded simultaneously with Black Knights’ ‘Medieval Chamber’ [hi-hop album produced by Frusciante], and as different as the two albums appear to be, they represent one investigative creative thought process. What I learned from one fed directly into the other. ‘Enclosure’ is presently my last word on the musical statement which began with PBX.”

See below for the full tracklist from the upcoming album.

‘Fifty Shades Of Grey’ Soundtrack Is Number One