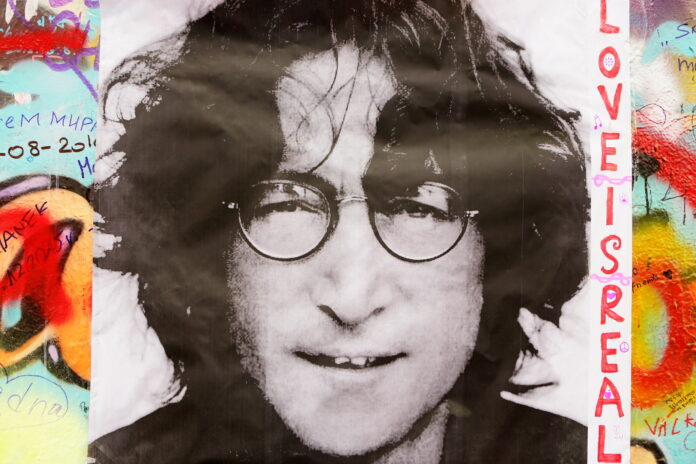 The ‘Double Fantasy’ album that John Lennon signed for his killer Mark David Chapman hours before Chapman returned to murder the Beatles legend, is up for sale again today. The album was signed after Chapman approached Lennon as he left his apartment in the Dakota Building in New York with Yoko Ono.

The album’s cover features a photo of Lennon and Ono kissing. The musician autographed and dated it ‘1980’, scrawling his signature across Yoko Ono’s neck on the cover.  The couple then went to the recording studio, returning some five hours later. Chapman stashed the album, released only weeks before the star’s shooting, in a plant pot near the apartment building and lay in wait for the Beatles star to return.

The killer shot John Lennon twice in the back and twice in the shoulder. Lennon died 10 minutes later. The apartment superintendent found the album where it was stashed and handed it over to police, who returned it to its finder a year later after the investigation had ended. The man sold the album for $150,000 in 1999. It was sold again in 2010 for $850,000.

The album sleeve is said to still have Chapman’s forensically enhanced fingerprints on it. The now 65-year-old killer has been in jail for 40 years and has been denied parole 11 times. Chapman has issued an apology to Yoko Ono for the murder of her husband and musical collaborator.

The macabre piece of rock memorabilia, up for auction with Goldin Auctions, has a starting price of $400K but is expected to fetch up to $2M.

Stage Times For Electric Picnic – All You Need To Know