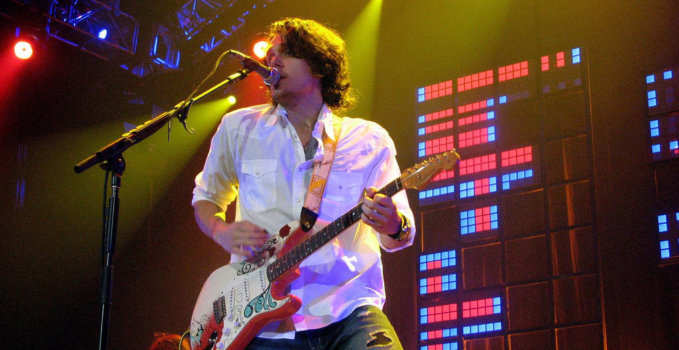 Guitarist and crooner John Mayer has just released his seventh studio album. Released in its entirety, entitled The Search for Everything.

The Dead & Company guitarist has released the two previously shared waves of tracks as well as four brand new songs. These include ‘Into the Blood’, ‘Theme from “Search for Everything”’, “Never on the Day You Leave’ and ‘Rosie’.

In a recent interview with Joe Coscarelli for The Blade, Mayer refers to his time away as his “lean years”.

Mayer is now back with a new LP.

The new album was a long time in the making. Following a guest appearance on The Late Late Show, in 2015 Grateful Dead guitar player Bob Weir invited Mayer to join him in a studio performance, he went on to embark on a world tour with the legendary band.

As a result of his touring with Dead and Company, Mayer postponed working on his next studio album.

In November last year, he began releasing his new music with ‘Love on the Weekend” as the lead single from Wave One. Then a second EP, The Search for Everything: Wave Two, followed soon after.

The Search for Everything is essentially a tender breakup record, presumably about the end of Mayer’s relationship with his ex, pop star Katy Perry. With songs like ‘Still Feel Like Your Man’.

The singer is planning on focusing on his music this year. 2017 represents “a year of more music coming than I’ve ever put out in one year,” he said in a live fan Q&A in the back-end of 2016. “That’s really sort of what my career has been, it’s what my life has been, it’s the way that my mind works — it sort of consumes everything. That is very true to the nature of the record, which is sort of like a mixtape of all the music that inspires me and all the styles that I’ve made before, but certainly in my own certain way of doing it.”

He will be touring North America and playing London’s O2 May 11th and 12th  before reuniting with the Grateful Dead in the summer for further dates with the legends, kicking off in Las Vegas.

Emoji of a Wave

Love on the Weekend

Theme from “The Search for Everything”

Moving On and Getting Over

Never on the Day You Leave

Roll it on Home

You’re Gonna Live Forever in Me