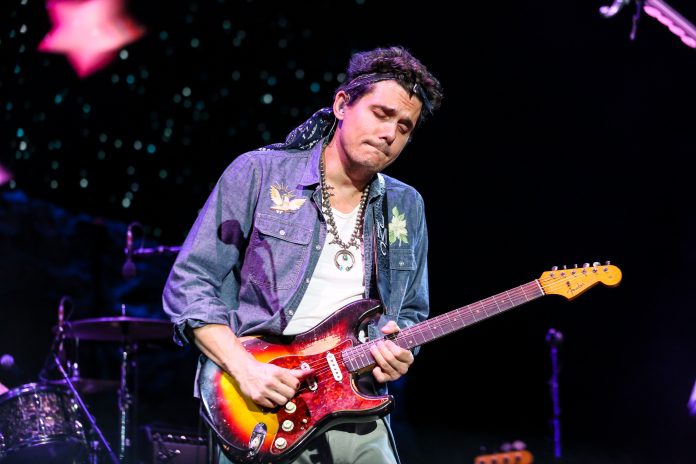 John Mayer is coming to Ireland as part of his World Tour. The singer-songwriter will play 3Arena in Dublin on October 16th. Tickets go on sale this Friday at 9am.

GRAMMY Award®-winning artist JOHN MAYER has added European concerts to his 2019 World Tour, beginning on Tuesday, 01 October in Stockholm, Sweden at the Ericsson Globe and will run through Friday, 19 October in Manchester, the UK at the Manchester Arena. Tickets will go on sale to the general public beginning Friday, 15 March.

His latest single – “I Guess I Just Feel Like” – debuted Friday, 22 February and charted in 17 markets including Norway, Sweden, and The Netherlands.  The song, written and produced by John, will be one of many massive hits that will be featured on this tour, such as last year’s “New Light,” “Gravity,” “Love on the Weekend,” “Heartbreak Warfare,” “Daughters,” “Waiting on the World to Change,” “Your Body Is a Wonderland,” and many more, these “Evening with John Mayer” concerts will feature two sets of music spanning his entire recording career. There will be no opening act.

Singer/songwriter John Mayer has won seven GRAMMY® awards and has earned a record seven U.S. #1s on Billboard’s Top Rock Albums chart and 25 entries on the Hot Rock Songs chart, the most for any solo artist. In 2018, he released the Gold-certified “New Light,” while working on his eighth solo album, the follow-up to 2017’s critically acclaimed The Search for Everything. For the third consecutive year, Mayer toured with Dead & Company in 2018, who played to over 500,000 people on its third and largest tour. Additionally, he launched ‘Current Mood,’ his highly regarded Instagram Live show on Sundays, which some have dubbed, “the best way to start the week on a high note, maybe even the only way.”

Tickets on Sale Friday, 15 March at 9am