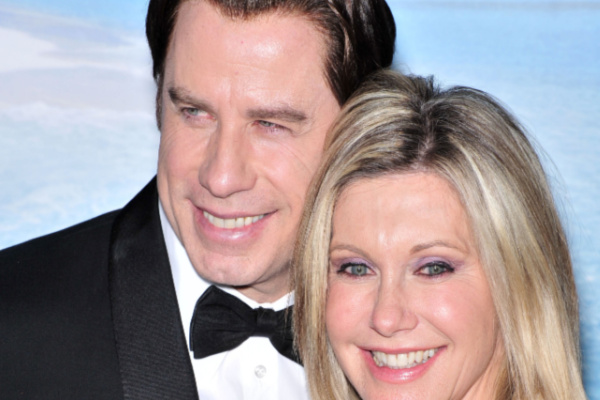 John Travolta has lead the tributes to his Grease co star Olivia Newton-John, who passed away last night aged 73.

Travolta who starred alongside Newton-John in the hit musical Grease, said that Oliva was a woman who “made our lives so much better”. He also called her impact on the world “incredible”.

Olivia Newton-John passed away peacefully in her ranch in Southern California last night. She died surrounded by her friends and family.

Her husband John Esterling also added that Olivia, “had been a symbol of triumph and hope for over 30 years”.

Other stars who paid tribute to the Olivia Newton-John also include Kylie Minogue, Paul Stanley, Peter Andre and Jane Seymour.

“Since I was ten years old, I have loved and looked up to Olivia Newton John”, she wrote. “And, I always will. (Just like this picture @nfsaonline) She was, and always will be, an inspiration to me in so many, many ways”.

“My deepest condolences to her family and loved ones. x ONJ4EVER”.

Since I was ten years old, I have loved and looked up to Olivia Newton John. And, I always will. (Just like this picture @nfsaonline) She was, and always will be, an inspiration to me in so many, many ways. My deepest condolences to her family and loved ones. x ONJ4EVER pic.twitter.com/3nE8PVDFLy

“I will never forget this night. I had the privilege of performing alongside Olivia Newton John for the Spina Bifida charity concert in Australia”, Peter Andre added.

“She was warm, kind and caring to everyone backstage. She was the same every time we met. A true icon. Sad day”.

Former Bond actress Jane Seymour also added, “She hung in there a really long time and she was in so much pain. Those of us who knew her at the end, we didn’t want her to go but, at the same time, it wasn’t a life for her any more”.

“I remember when she first had the back problem because she called me from Vegas when she was performing. She said, ‘Jane, what do I do? My back is hurting’. Who knew that that was actually cancer in her spine, which was devastating”.

“But John (Easterling, her husband) has always been incredible and really helped her through it. He is an expert in herbs and all kinds of alternative medicines as well. She lived in peace”.

“The last time I sat there was at the back and she didn’t know I was coming. She got the day wrong. Somehow she got in some sort of clothes and came out and she just kept looking around and she said, ‘Look at those hummingbirds, look at the sky, look at nature. Isn’t it beautiful?’ That’s who she was. She just grabbed every moment”.

Lucy is Living with Actor and Director John Connors