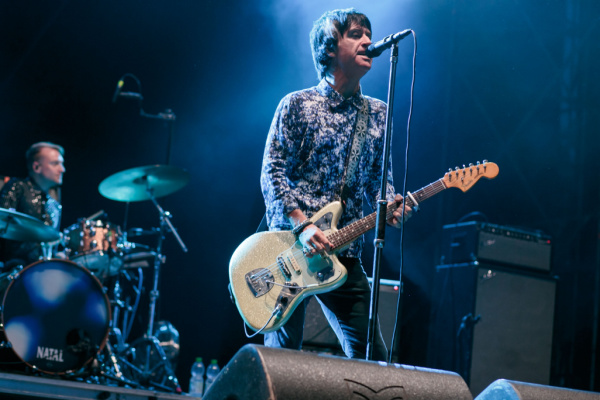 Johnny Marr has claimed that he has written a song for Blondie.

Former Smiths guitarist Marr who wrote a song for the band’s 2017 album ‘Pollinator’, with the track called ‘My Monster’, made this revelation during a recent interview.

Marr has also recently written a song for Noel Gallagher’s High Flying Birds, ‘Pretty Boy’, which will feature on the band’s next album, arriving at some stage next year.

Regarding this new Blondie track, Johnny Marr was unsure as to whether it will feature on the rockers’ latest album.

“I’ve written another new one for the new current record that they’re recording. I don’t know whether it will end up on the album, you never know”, Marr said. “But they seemed to really like it”.

Johnny Marr also spoke about the previous track which he penned for the band, and how it led to further material.

“It’s a new level of wow for me because they are my lyrics, Debbie’s singing my lyrics and then she what wanted another one, because ‘My Monster’ I wrote specifically for Blondie and then you know, it went well”, Marr revealed.

“So then they asked me if I got any more. So I wrote another one for Blondie. But they took so long recording it, I did it myself. It was on the B side of a seven inch single”, he added.

“I wasn’t about to put it on an album, just in case, but that’s called ‘Spectral Eyes’. And it’s again, it was one that I specifically wrote for Blondie. So on a lyrical level, you know that people covering songs that I write the words to you is you know, that’s something I never imagined, really frankly”.

Last month, Marr’s former Smiths bandmate Morrissey revealed that his new album ‘Bonfire of Teenagers’ will not be released next February. More on this here.

Review: What We Thought Of Elbow At The 3Arena