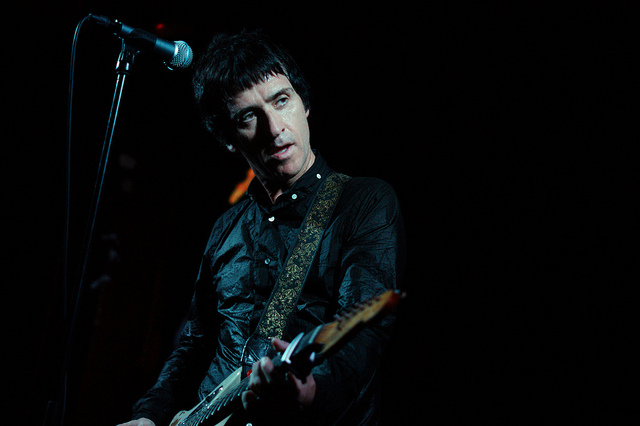 Johnny Marr has revealed that he has no interest in reforming The Smiths and that “I’m very happy with the way everything turned out.”

The musician said that he had discussed the subject with Morrissey during a meeting in 2008. He explained, “One day in September 2008 we were only a couple of miles apart in south Manchester and arranged to meet up in a pub nearby. I was happy to see him – it was 10 years or more since we’d last met. We caught up with personal news and family and reminisced a bit.”

“Then our conversation turned to deeper things. Morrissey started to talk about how our relationship had become owned by the outside world, usually in a negative way. We had been defined by each other in most areas of our professional life. I appreciated him mentioning it, because it was true.” he said, and added “The drinks kept coming and we sat talking for hours. We chatted, as we always did, about the records we loved, and eventually we moved on to ‘that subject’. There had been rumours for years that The Smiths were about to re-form, and they were always untrue. I had never pursued any offer.”

In an interview with BBC Radio 4, Marr spoke about the constant speculation surrounding a possible Smiths reunion, explaining that people don’t seem to want to let it go. He said, “You know, we were never gonna be together for 30-40 years. We weren’t REM, we weren’t U2, you know it’s just nonsense. We had 70 songs in the bank. That was enough.” Adding, “I’ll get on with doing movies and making records with other people and which is what I always wanted to do. So, I’m very happy with the way everything turned out.”

Johnny Marr is due to release his memoir, ‘Set The Boy Free’ on 3 November.