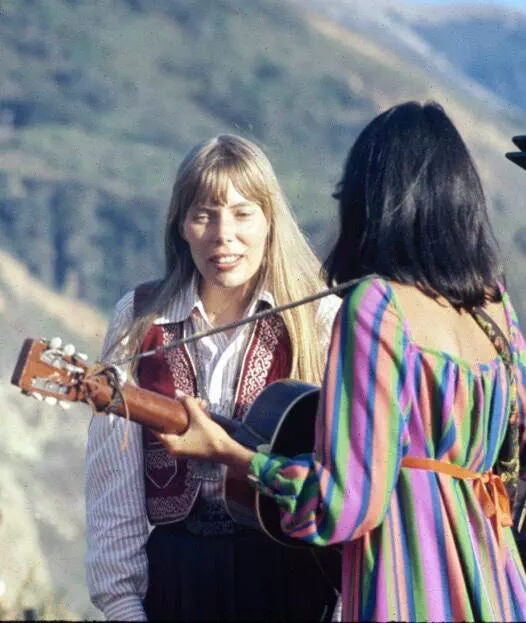 Joni Mitchell has been spotted out and about for the first time since her hospitalisation last year.

The 72 year old singer was seen at a Chick Corea concert at the Catalina Bar and Grill in Los Angeles on Saturday night.

A photo was posted to Mitchell’s website captioned, “We are thrilled to see Joni out and about again”, this giving fans a sure sign she is on route to recovery.

The Canadian singer was found unconscious in her L.A. home last March. Her condition was believed to be life-threatening with reports suggesting she was unable to speak and walk for some time.

Mitchell’s notoriously private lifestyle left the details of her condition very much up in the air. Various rumours began to circulate regarding her condition before it was confirmed she had suffered from a brain aneurysm.

In October of last year, Judy Collins, close friend of Mitchell, posted an update to her official Facebook page, “I have just heard from a close mutual friend that Joni is walking, talking, painting, doing much rehab every day, and making good progress. I have another friend who went through something similar – it does take a long time”.

Mitchell is expected to make a full recovery with time.

Sleater Kinney Team Up With Bob’s Burgers For New Video