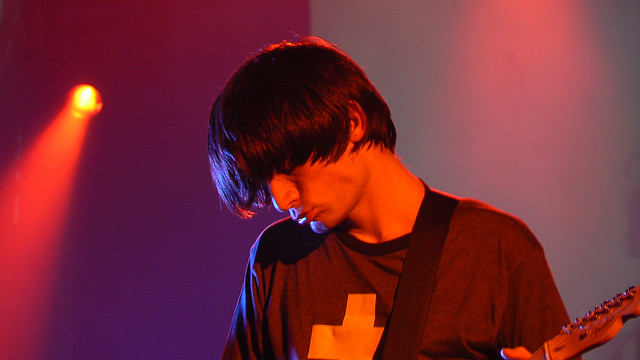 Songs by Neil Young, Can, Minnie Ripperton and a Supergrass cover of Radiohead’s track ‘Spooks’, all appear on the ‘Inherent Vice’ soundtrack.

Initially it was thought that Radiohead were re-recording an old live track for the P.T. Anderson movie. The ‘Spooks’ song dates back to 2006, a Danish fan captured the upbeat instrumental version on video during a gig in Copenhagen.

Even though we now know that Radiohead will not feature on the soundtrack, Jonny Greenwood has been working with film director Paul Thomas Anderson (There Will Be Blood, Boogie Nights), scoring the director’s new film ‘Inherent Vice’.

The film is adapted from Thomas Pynchon’s novel and is due to be released early next year. It stars Joaquin Phoenix, Reese Witherspoon, Josh Brolin, Owen Wilson and Benicio Del Toro.