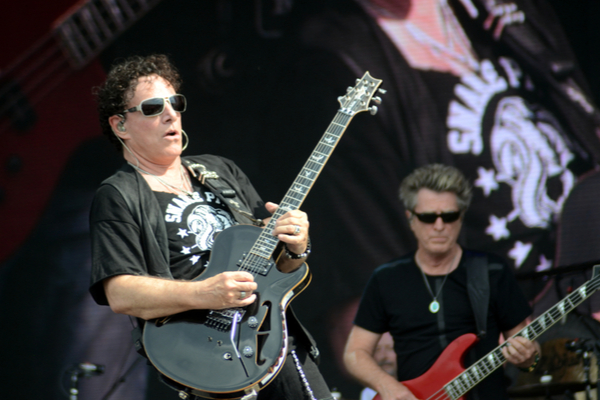 Journey have released their latest single ‘You Got The Best Of Me’. This track features on their upcoming album Freedom, which will arrive later this year.

The track itself explores the theme of ‘love’. It is told from the perspective of somebody who has tried and failed with romance in the past.

You get a sense of that from the opening verse of this track, which reads, “For so long I wondered where my heart would lead me / Couldn’t seem to find someone who’d let me be me / Ended up in situations I’d regret / I chose to change my reckless ways instead”.

This new track from Journey also opens up with some outwordly synths, before breaking into a driving guitar line, which is also backed by a pulsating beat.

The track also sees guitarist Neal Schon deliver this wonderful vocal solo to this energetic track. He also continues to wail away during the chorus’ refraine.

You can listen to the track for yourselves below.

As mentioned, this track of course features on Journey’s upcoming album Freedom.

Freedom will be the sixteenth studio album released by Journey and will arrive on July 8. It is also the first record from the band since Eclipse in 2011.

‘You Got The Best Of Me’ is also the second track from the album officially released by Journey. ‘The Way We Used To Be’ was released last June.

“A lot of the jams were kind of free-form”, Journey keyboardist Jonathan Cain said of the band’s latest album.

“So Neal was working hard and I was there for him, and we worked together through the whole thing. The songs came from all kinds of places, creatively. But I think it’s just a combination of everything Journey has been. To get back into Journey was really fun”.

Of course, a new album also means a live tour. Journey are presently on their 2022 Freedom Tour, which began in February. It is scheduled to run until August 8.

This also includes Toto. However, it will not feature Billy Idol. The singer had to pull out to undergo surgery for a chronic sinus infection.

My Chemical Romance Mark 20 Years Since 9/11