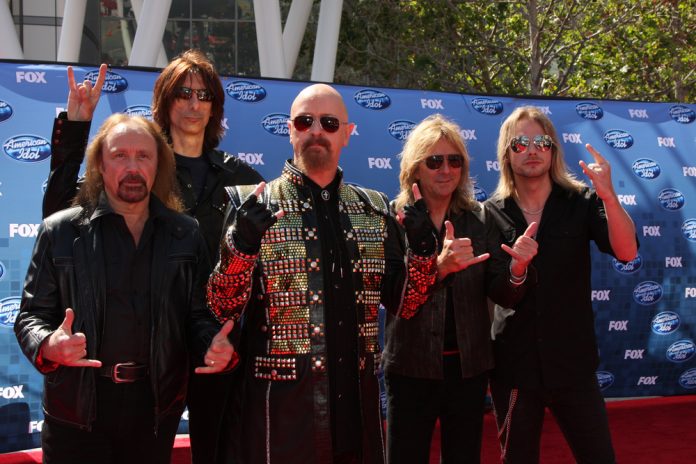 Heavy metal kings, Judas Priest have stormed both the U.K and U.S charts. In Britain, it’s their first UK top ten album in 38 years as Firepower has debuted at No.5 in the official charts. The band’s eighteenth studio album is only their second appearance ever in the UK Top 10 and first since 1980’s ‘British Steel’ which peaked at No. 4.

In the U.S, The Priest, debuted at No. 5 on the Billboard 200 albums chart with Firepower. In America that’s the group’s highest charting album ever. The album supersedes the group’s previous chart topper when 2014’s Redeemer of Souls debuted and peaked at No. 6.

The record was co-produced by Tom Allom and Andy Sneap. Sneap is best known for his guitar work with bands Sabbat and Hell. The guitarist is now touring with the band in place of Glenn Tipton following news of his battle with Parkinson’s Disease.

Sneap made his live debut with Judas Priest on March 13 at the Mohegan Sun Arena in Wilkes-Barre, PA. That’s when they launched their 2018 world tour.

Tipton spoke of the importance of Judas Priest continuing to tour as a band,

‘I want everyone to know that it’s vital that the Judas Priest tour go ahead and that I am not leaving the band – it’s simply that my role has changed. I don’t rule out the chance to go on stage as and when I feel able to blast out some Priest! So at some point in the not too distant future I’m really looking forward to seeing all of our wonderful metal maniacs once again.’

You Need To Check Out This Song By Dublin Teens